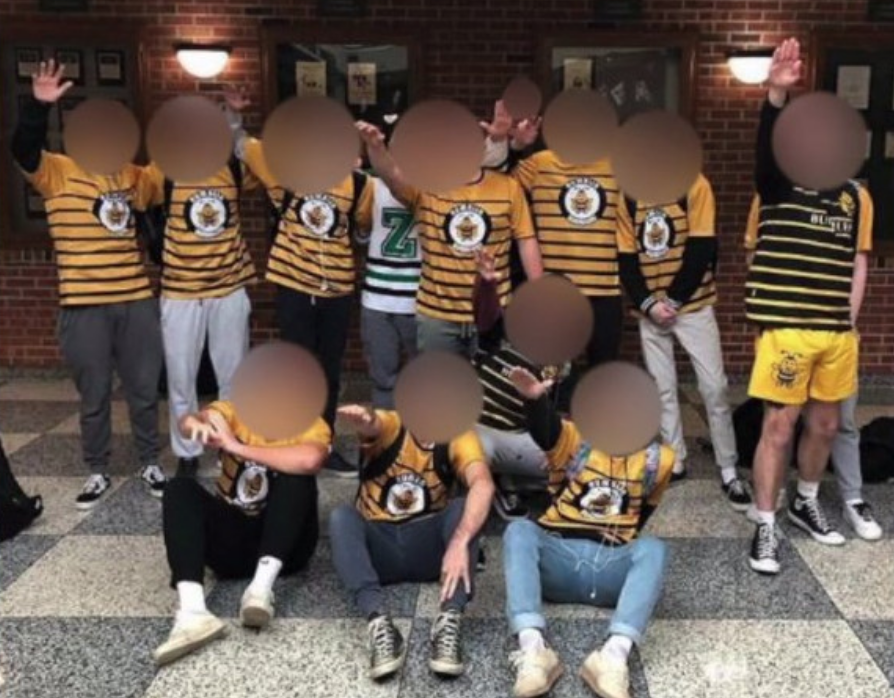 A social media image depicting Zionsville Community High School students appearing to give the Nazi salute has gone viral. The photo was taken at the high school and posted to Instagram.

ZCHS officials are investigating the photo, and Supt. Scott Robison sent an email addressing the issue to parents Jan. 17.

“This evening I have been made aware of a photograph taken at Zionsville Community High School in which 10 of the 14 students pictured appear to be performing a Nazi salute,” Robison said in the email.

The picture was posted on Instagram and sent to Robison by a teacher, who received it from a concerned student. ZCHS leaders’ investigation of the matter began Jan. 18.

“The photograph is sickening to me,” Robison said. “It is, of course, beyond offensive to students, staff, parents, extended family members and to an inestimable number of people in the wider world where it will forever reside because of social media’s ubiquity. The image simultaneously misrepresents and damages the school community where thoughtful and principled citizens abound.”