The Carmel resident was sexually abused for several years by her father. His first trial ended in a mistrial. In plea negotiations, he received a sentence on sexual battery. Quillen took her life at age 21 in 1995.

While her story is central to its mission, the nonprofit founded in her memory in 2001, Chaucie’s Place, recently has taken on a new name, the Indiana Center for Prevention of Youth Abuse & Suicide. 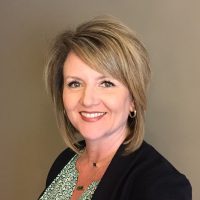 “We started looking at rebranding about a year ago,” said Melissa Peregrin, the center’s executive director. “We hired a company to do some exploratory things for us. We were looking to clean up our logo and get a new look which reflected more what we do.”

“We don’t have children that come here,” Peregrin said. “We only do prevention education now.”

Peregrin said the focus shifted to prevention education 10 years ago. She said the nonprofit surveyed other community stakeholders, Quillen’s family, employees, board members and former board members.

“One thing that kept coming up is when we tell people we were associated with Chaucie’s Place, people don’t know what that is and it didn’t reflect what we actually do,” she said.

Peregrin said the name reflected a place where children would come to do a forensic interview.

“We started talking about what we could do to clarify our mission, because our mission is to prevent child abuse, child sexual abuse and suicide through education,” Peregrin said.

Suicide prevention became part of the mission in 2011.

“We realized there was an opportunity to expand and reach new people,” she said.