You are at:Home»Current in Westfield»Westfield Community»Fixing $1 million dollar problem: Money owed to Westfield from food and beverage tax discovered through audits

When Financial Strategist Tammy Havard joined the City of Westfield’s staff in 2008, one of her main projects was auditing revenues from the city’s  food and beverage tax, implemented in 2005, to ensure the city was receiving everything it was owed.

The issue originated with the ZIP codes in the City of Westfield. 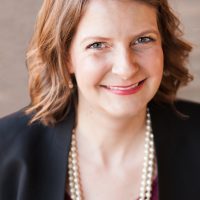 “The basic premise is there’s issues with the ZIP codes and how businesses self-report and identify with a taxing entity,” Havard said. “So, an example is Village Park Plaza on 146th Street. North of 146th Street is Westfield. That’s one of our heaviest retail, food and beverage areas. The Dept. of Revenue, when those businesses file, ask whoever is filling out the form, ‘What is your taxing unit?’ and the people say, ‘My address is Carmel,’ and they write Carmel, and therefore the (Westfield) taxes got remitted to Carmel.”

More than a decade later, Havard said the problem appears to be resolved.

“In March 2008, they finally fixed the issue after a meeting that Westfield had with the Indiana Secretary of State’s office, and the Indiana chief information officer was able to incorporate geocoding into INBIZ, which is the one-stop shop for businesses to register, file taxes and do everything they would need to do,” Havard said.

Since 2008, there have been four Dept. of Revenue Commissioners and the City of Westfield has received five major audit adjustments. The total amount discovered through the audit of what Westfield is owed exceeds $1 million.

“Each time we have had these distributions, we have had to talk to the Dept. of Revenue and talk to the entity that currently has our money because it was distributed. It was just distributed incorrectly,” Havard said. “For example, in 2014, Carmel owed us over $500,000 through this audit process. We set up a payment plan with them, and that payment plan will have everything (paid) by March 2019, and that will truly be the last reconciliation of this food and beverage tax issue.”

The city also encountered another jurisdictional issue through the Alcohol Tobacco Commission with licenses that were distributed to Carmel that should’ve gone to Westfield. Through that auditing process, the city received an additional $29,000.

“Throughout all of this, there has been lots of persistence,” Havard said. “I’m very excited this 10-year project is finally over. We’ll still audit, but it seems like it is finally done to where we don’t have to put as much energy into something that shouldn’t have been an issue to begin with.”

The recovered tax money goes into the city’s general fund, which funds city departments like the police department and the public works department.

“Just having the revenue due to us is important, especially as a growing community,” Communications Director Vicki Duncan Gardner said. “It would be very easy given all these ZIP codes to lose track of this. The seriousness from which we take our finances, this is a great example of that.”

Havard said Westfield isn’t the only Indiana city that struggled with the jurisdictional issue.

“The City of Westfield is trying to actually fix the processes and the systems that are broken and not just do the one-time corrections because we want it to get to a point where we don’t have to do this exercise,” Havard said. “It doesn’t just impact Westfield. There are a lot of other cities and towns that have the same jurisdictional issue, Carmel with Indianapolis, for example.”