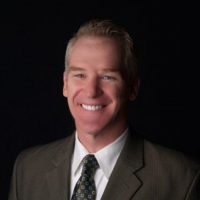 Shevlot had served in the vice president position since November 2018. At the council’s Jan. 7 meeting, no one opposed Shevlot continuing to serve in the role.

“What I sensed under the last mayor (Dean Jessup) was it was difficult for him to get much of anything done for a host of reasons, not withstanding the fact he didn’t have the majority on council,” Shevlot said. “There were things we would vote on and he would veto and we would override his veto.”

But in the current council climate, Shevlot doesn’t see the same partisan issues.

“The thing I have seen in this particular climate, and I’ve been around politics a long, long time, is being able to work with my peers on really big issues that directly impact the quality of life is so important,” Shevlot said. “Getting that police station built on Post Road, in area that has one of the highest crime rates, and being able to do it at a reasonable cost with no tax increase to the citizens and just having that police presence on that route is going to be so important. That just doesn’t happen independently. That happens when you have a collection of individuals working toward quality of life. As a local council district representative, we really shouldn’t come at it from a partisan perspective.

“Eighty percent of our budget that council passes is in public safety. Well, that’s not a Republican or Democrat thing – that’s a community thing.”

Shevlot said the most significant recent challenge under the current council was when the seven newest members were elected in 2016.

“We have had our disagreements, especially in 2016, which is when all the new members came, but I think after the first year, they got their rhythm and they understood a little bit about how the process works,” Shevlot said. “Not everything has to be a battle.”

For more about the Lawrence Common Council, visit cityoflawrence.org/common-council.