You are at:Home»Current in Zionsville»Zionsville Community»Government shutdown impacts Zionsville residents

The government shutdown, which ended period Jan. 25, affected roughly 800,000 employees across the nation. It’s impact was felt in Zionsville, too. 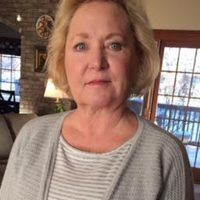 Many local residents were either furloughed or expected to work without pay until Congress came to an agreement about funding for a border wall.

Zionsville resident Pam Hillman retired from the Dept. of Justice on Dec. 31, 2018 but is still awaiting her last paycheck and pay for unused vacation.

Hillman worked one week without pay during the shutdown, which began Dec. 22, 2018. It’s her understanding that retiree benefits won’t be impacted, but she’s concerned about her former co-workers not being paid.

“We’ve got single mothers, they’ve got mortgages and car payments,” she said. “Most live paycheck to paycheck.”

Hillman said those who are required to work without pay are not eligible to apply for unemployment, which “could give a little cushion,” Hillman said.

In 30 years as a federal employee, Hillman has experienced many government shutdowns. The longest was 13 days. The most recent shutdown lasted 35 days. It could shutdown again Feb. 15 if an agreement on border secutiry funding isn’t reached between Congress and President Trump.

“(Federal employees) have been dedicated and this is how they get treated,” she said. “It’s kind of a morale buster.”

The shutdown has a trickle-down effect on other industries that rely on government contracts, Hillman said.

In an effort to lighten the burden on local residents affected by the shutdown, a post on the Zionsville

“It’s a small thing I can do,” said Rosenfeld, adding that most people probably knows someone who was affected by the shutdown. “I just want them to know the community supports them. It’s an apolitical way to say,

‘I’m sorry you’re experiencing this, and I want to help.'”