You are at:Home»Current in Fishers»Fishers Cover Stories»Love and coffee: Tods reflect on life, co-business ownership for Valentine’s Day

When it comes to all things love and coffee, Fishers couple Alec and Jenny Tod go about it together. The different strengths and skill sets, which makes co-owning Indie Coffee Roasters a profitable venture.

The Tods met through a mutual friend who attend Cincinnati Christian University, where Alec was attending school. The friend introduced the two, who quickly became friends. They began dating a year later and were married on March 10, 2012 — 1 1/2 years after they first dated.

“I felt like I never really met somebody like her,” Alec said. “So, for me, three or four months in, I knew this is who I want to be with forever. I just knew she was the one I wanted to share life with, and we are very much on a team aspect, so we are very much equals in this relationship. I wanted a teammate that would push me and make me better, even as hard as that is sometimes, and I knew she was who that was. It was quick for me.”

For Jenny, the courtship process was a little slower.

Jenny said she realized Alec was was the one after he met her family.

“They were all in approval of him, and I knew he wasn’t going anywhere,” she said. “After breaking up with him twice and coming back, I knew he actually cared a lot about me.”

When it came to starting a business together, Jenny had experience with marketing and branding, and Alec has always had a passion for coffee.

“I saw how passionate he was about coffee, and I wanted to help him pursue his passion and his dream,” Jenny said. “I wanted to support that. I think we both have very unique strengths. We are pretty different. He’s an introvert, I’m an extrovert. He’s much more thought-through and I think I do things more on the whim. I come up with tons of ideas and he likes to stick with one thing, so I think we just saw that each others’ strengths could benefit each other.”

“The exciting part about owning a business with your spouse is you can grow something together as a family,” Alec said.

The couple has a 14-month-old son, Roman Myles.

“We are supporting one another by working hard,” Jenny said. “So, by me working hard and doing my job, I’m supporting him. Everything he does is, in a way, supporting what I’m doing.” 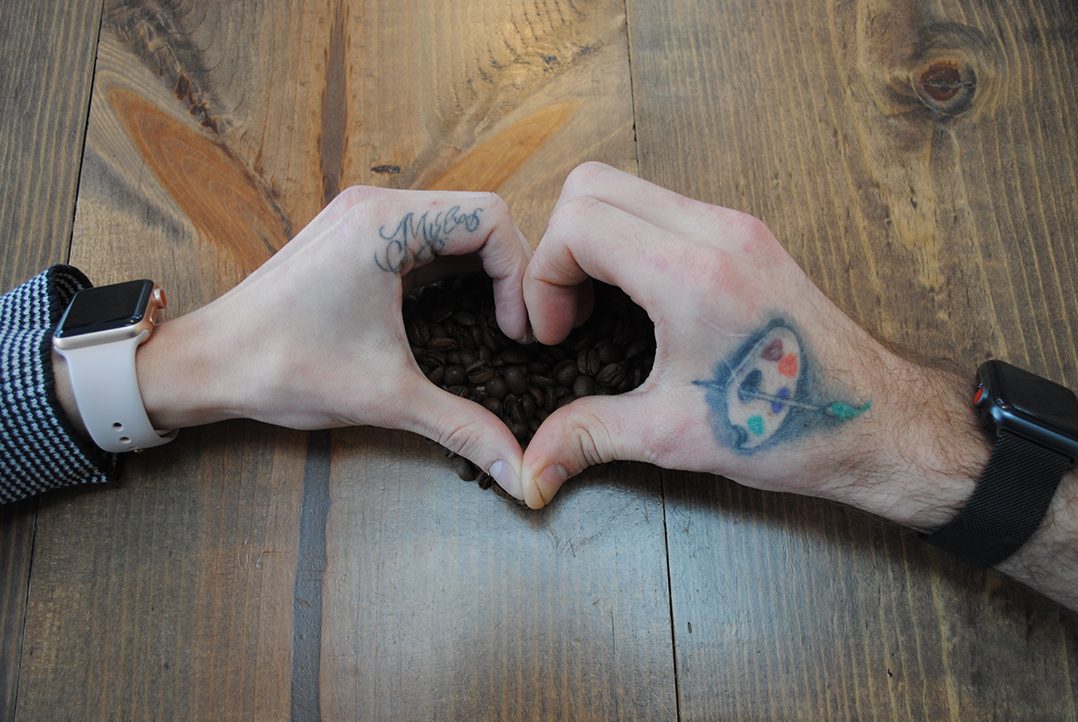 Alec and Jenny Tod talk marriage, owning a business together.

The Tods tips for success when owning a business together

Find personal time. “Separate personal time versus professional time,” Jenny said. “It’s interesting to find the balance because as any couple would, we talk about what happened at work today.”

Find a healthy way to work together. “We schedule meetings, even between the two of us, that are more professional meetings, that this is the time we are going to talk about marketing and how it affects coffee, but don’t allow yourself to have a board meeting at dinner or all the time,” Alec said.