You are at:Home»Current in Carmel»Carmel Community»Carmel clerk-treasurer says she discovered mayor’s thank you note in City Hall trash can

Carmel Clerk-Treasurer Christine Pauley said she “accidentally” found a thank you note a city council candidate sent to Mayor Jim Brainard in a trash can at City Hall. 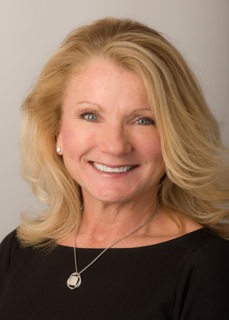 The note sparked speculation and rumors after it was shared on the Concerned Neighbors of Carmel IN Facebook page Feb. 8. In the note, southeast district candidate Adam Aasen thanked the mayor for coming to his fundraiser and stated “I promise I won’t let you down” and “I support you 100 percent.”

Pauley said she found the note Feb. 7 in a trash can near a parking area reserved for Brainard at City Hall. She said she had thrown away several coupons and went back to retrieve one that wasn’t expired when she saw the thank you note and removed it from the trash can.

“I went back into the little trash bin we’ve got there, and that’s when I found (Aasen’s) letter,” she said. “So when I sent it to somebody, they went and ran with it.”

Pauley didn’t disclose who received her image of the note, but she said it was not Rick Smith, who posted it on Facebook. She said she didn’t expect the note to be shared on social media.

Pauley said she shared the note because its message did not line up with how she perceives Aasen is presenting himself as a candidate.

“To me it only confirmed that a candidate’s claim that he’s independent is truly not independent,” Pauley said. “He could’ve written a very generic thank you.”

Brainard did not respond to a request for comment, but at-large city council member Ron Carter, who is running for re-election and has clashed with Pauley before, said he doesn’t buy her explanation.

“She was digging through the trash looking for stuff, whatever she could find,” he said. “I don’t think any rational person believes she was just walking through the mayor’s garage and this particular piece of paper just jumped up.”

After the note was posted on social media, Aasen said his comments reflected his support for Brainard’s re-election bid, not that he would approve everything on the mayor’s agenda if elected.

Pauley said she spoke with the Carmel Police Dept. on Feb. 12 to explain what had happened and to ease concerns that someone had been digging through the mayor’s trash at his home. She said she has not discussed the matter with Brainard.

Brainard confirmed Feb. 12 that the note had been sent to his home but that he was not sure where he discarded it.

A CPD spokesman said Feb. 13 that detectives are investigating the incident. Because the investigation is ongoing, police are not releasing additional information.