You are at:Home»Current in Fishers»Fishers Community»Pete Peterson bids to retain seat on Fishers City Council

Since serving on the Fishers City Council, Peterson has encouraged technology growth within the city and advocated for entrepreneurs to have a place in Fishers, which in turn helped lead to the Launch Fishers co-working space and the Internet of Things Lab. 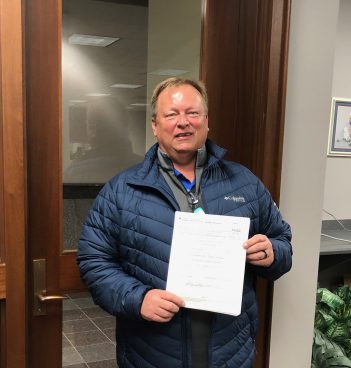 “Increasing our residents’ quality of life is essential to Fishers’ success. I decided to serve because I wanted to contribute to making Fishers a smart, vibrant, and entrepreneurial place to live,” Peterson stated.

Other projects Peterson plans to focus on if re-elected include completing The Yard at Fishers District, completing two new fire stations and the recently announced First Internet Bank expansion to 116th Street in downtown Fishers.

In addition to serving on the council, Peterson is the director of business development at RQAW. He has lived in Fishers with his wife, Rachel, and two children, Carly and Cole, since 2003.