“I started my life on a musical instrument (bass clarinet) and played all the way through college,” Adamak said. “So, I’m returning to my roots in music.” 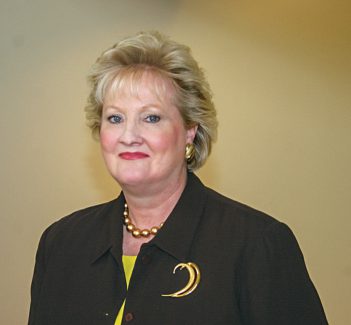 “We are extremely pleased to have someone with Jeanelle’s extensive knowledge and experience in the nonprofit sector,” CSO Board President Mike Donahue stated. “She, in partnership with our Artistic Director Janna Hymes, will make a significant difference in the trajectory of the Carmel Symphony Orchestra.”

The longtime Westfield resident said she is excited to work with Hymes.

“The two have very similar visions and goals and they align with our board,” Adamak said.

Adamak helped start the PBS station in her hometown of Odessa, Texas, and worked there for four years.

“I had been Development Professional of the Year for PBS, and Indianapolis (WFYI) was kind enough to bring me here,” she said. “I started in 1990 and worked there 24 years, retiring in 2014, so (I worked) 28 years in public broadcasting. It was a great experience.”

That experience should help her raise funds for the symphony.

“Fundraising is one of my favorite things to do, to work with people who have an interest in working with the community and making it better,” Adamak said. “That’s the joy that comes when you get to represent a nonprofit and connect people with it.”

Adamak said programs like the “Family Fun” concert, set for 3 p.m. Feb. 24 at the Palladium, are important for outreach. Children can sit alongside the orchestra members, and there is an instrument petting zoo following the performance.

“The children get to come on stage, sit next to an artist and get to know what it feels like to be on a stage,” Adamak said. “More importantly, (they can) look out from the stage and see the effect the music has on an audience. It’s a beautiful thing. I have a 12-year-old granddaughter who will be coming with me, and she is so excited.”