Devan Mathias has one big advantage in playing Piggie in Piggie and Elephant’s “We Are in a Play.”

Piggie and Elephant Gerald are depicted as the “best, best, best of friends,” said Mathias said, adding she is fortunate to do the children’s musical with her friend, Carlos Medina Maldonado. 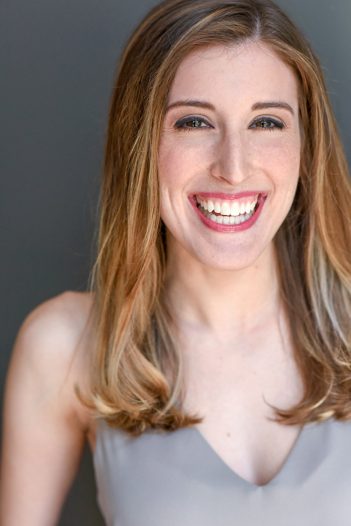 “We’ve worked together before, so developing a rapport came fairly quickly,” Mathias said. “It’s easy to be friends on stage when you’re friends with the people you work with.”

The Fishers resident will appear in the musical from Feb. 21 to March 24 in The Cabaret room at Indiana Repertory Theatre, 140 W. Washington St., Indianapolis. The musical’s script was written by children’s illustrator and author Mo Willems. The musical is part of IRT’s Exploring Stages program designed to introduce children to theater.

“I haven’t seen any production of this play before, but in preparing for the audition, I listened to the cast album and was so charmed by how sweet and quirky music for this show is,” Mathias said. “The show has such a great sense of humor and is a lot of fun to sing. It really stays true to the style and comedy in the ‘Elephant & Piggie’ books by Mo Willems. In the play, there is a trio of fabulous, harmonizing squirrels, and the name of their group is a take on the popular singing group The Shirelles from the 1960s. The Squirelles are the coolest, most fabulous, most musically gifted kids on the block, and the actors playing them live up to that reputation perfectly.”

Mathias said there is a challenge in performing for children.

“Adult audiences are usually polite and well-behaved, and they will pretend to be interested in a show even when they sometimes really aren’t, but kids are honest,” Mathias said. “You really have to work to keep their attention, but that’s also the best thing about performing for kids, too. They react with their whole heart — sometimes out loud — and it’s what makes them the best audiences, in my opinion.”