Brynn Tyszka is the epitome of versatility. A veteran performer, she has worked across a broad spectrum of theater and musicals, including the Actors Theatre of Indiana and as a member of the Indianapolis Symphonic Choir. 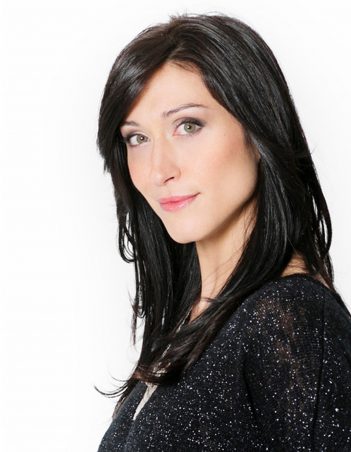 So, it’s no surprise that Tyszka will display that versatility when she takes the stage for the Celebrations of Creativity and Craftsmanship free program at noon Feb. 27 at the Museum of Miniature Houses and Other Collections at 111 E. Main Street, Carmel.

Tyszka will present “The Standard Set,” which will include jazz standards and modern classics.

“The whole point is to promote jazz across all art forms,” said Tyszka, a Carmel resident since 2016. “These are songs that I’ve performed my whole life. They are songs that people will recognize, but with our take on them.”

When asked if the audience should expect some surprises, Tyszka was coy.

“You’ll have to come to the performance to find out,” she said. “There will be 45 minutes of contemporary material, but we’ll be keeping it pretty jazzy. We’ll have selections by Frank Sinatra, Billie Holiday, Barbra Streisand, Van Halen and Foreigner.”

The inclusion of songs from classic rock heavyweights such as Van Halen and Foreigner is one of the highlights for Tyszka.

“We want to mix it up, and we want it to be casual, fun and free,” she said. “Jazz is expressive, so we want to keep it simple, but have room for improvisation. I want to do jazz, but I also want to shake it up. Just because you’re good at one thing, it doesn’t mean that’s all you have to do.”

Tyszka embraces the spirit of improvisation when she’s on stage.

“When you’re performing, the performance is the endgame,” she said. “On stage, you tell the whole story. It’s a once-in-a-lifetime chance, because no two performances will be exactly alike. The stage is where you apply the craftsmanship. It’s what you do live when you’re put on the spot. What will the audience see today? What version will I give them?”