You are at:Home»Current in Zionsville»Zionsville Cover Stories»Girls allowed: Female Bear scouts reflect on their first year with Cub Scout Pack 105

Nora Salewicz and Maggie Beauchamp grew up attending Cub Scout meetings at Union Elementary in Zionsville because their older brothers were involved in the Cub Scout Pack 105 program.

Often, Salewicz and Beauchamp completed activities with the boys at the meetings. Now, they can receive credit for the activities as the first female members of Pack 105.

Salewicz, 8, is still in Girl Scouts. She’s a Brownie in Troop 987, but Maggie, 9, is no longer in  Girl Scouts. The girls, both third-graders, said they prefer camping activities in the Cub Scouts over the activities they did in their Girl Scout troop.

Both girls are Bear Scouts. 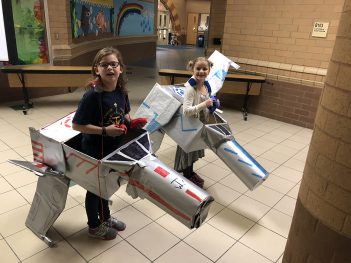 “Because my brothers did it and it seemed really fun, I was always there to watch them do it, and I was like, ‘I really actually want to join in the fun,’ and they changed the rules so I could,” said Salewicz, adding that if she completes her Eagle Scout and Girl Scout Gold Award, she can display both of them in her room.

Salewicz and Beauchamp joined the Cub Scout pack in April 2018. With the recent rule changes to the Boy Scouts of America, girls at the Cub Scout level can be a member of the same pack as boys Cub Scouts, but they must have their own female-only den. As of Feb. 1, BSA established a program called Scouts BSA, which is designed for girls after the Cub Scout Level. Those girls, typically in fifth grade or older, are required to be in their own separate troop from the boys.

“I mean, they have as much of a right as we do to be in Scouts, and Cub Scouts particularly,” Jake said. “My sister joined because she thought Cub Scouts was better for her, and because our family was very involved – more involved in Cub Scouts than we were in her Girl Scouts. She came to every one of my meetings, and she sometimes even did activities with us, and now she’s a scout and she has every right to be here as we do.”

The Beauchamps’ mother, Rachel, is the den leader for the girls in Pack 105. She said although her experience in Girl Scouts when she was younger was overwhelmingly positive, she became involved in Cub Scouts because of Jake’s involvement.

“I was a Girl Scout, I was a Brownie, and I loved it. I had a great experience,” Rachel said. “Because of our busy family life, I can’t commit to doing Cub Scouts and Girl Scouts, so since Maggie had an older brother, Jake, who’s a Cub Scout, I was involved in Cub Scouts. Maggie came with me to every single one of the den meetings, and she was at the pack meetings, and Nora was the same way. (Nora) is a Cub Master’s kid, so they were around, anyway. Scouting is really a family thing. It was just nice for (the girls) to actually get credit for the things they were doing.”

Salewicz and Beauchamp have no problems or issues interacting with the boys. From their perspective, it’s just kids learning to be Cub Scouts in Pack 105.

“The younger (boys), they’re cuckoo, but the older kids, they’re good. I like them,” Salewicz said. 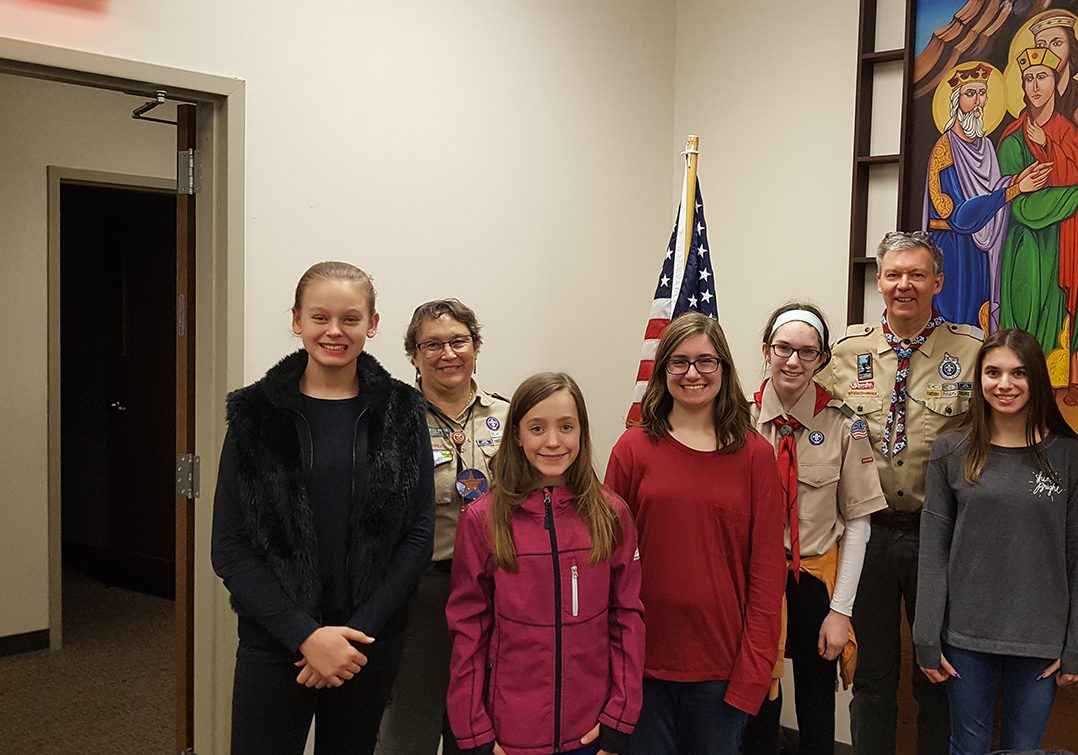 Girls involved at the older level

Although two Zionsville girls have been involved in Cub Scouts since last year, Feb. 5 marked the first meeting of the new Scouts BSA Girl Troop for girls ages 11 to 17 in Zionsville. Six girls registered with Scouts BSA.

The girls settled on the unit designation of Troop 219, which recognizes the Scouts BSA and the troop’s February, 2019 inauguration. The Troop 219 girls plan to meet Tuesday nights at St. Alphonsus Liguori Church. Michele McAndrews is the Scoutmaster. John Wiebke is the assistant Scoutmaster.