Dave Hommel is hoping to bring a fresh perspective to the Carmel city council.

In his first run for office, Hommel, 59, is facing Adam Aasen, also a first-time candidate, for the council’s southeast district seat. Incumbent Jeff Worrell is running for an at-large council position. 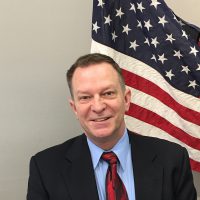 “I have never been involved with or influenced by politicians in any way,” Hommel said. “I bring a unique pairing of auditing and questioning skills no one else has.”

A 17-year resident of the Brookshire neighborhood, Hommel said his campaign will focus on transparency and providing the best representation for the southeast district.

“I want to raise the bar on keeping my neighbors informed and on collecting their opinions to ensure they are appropriately represented in city decision-making at council votes,” he said.

Hommel works in IT compliance auditing and served in the U.S. Army as an interrogator.

He and his wife have three children who have participated in the Carmel Dads’ Club, Scouts, marching band and other organizations.