You are at:Home»Current in Westfield»Westfield Community»Wood Wind Golf Club to remain open during construction, invests in facilities

Golfers and new Westfield residents may notice some changes at Wood Wind Golf Club this year. 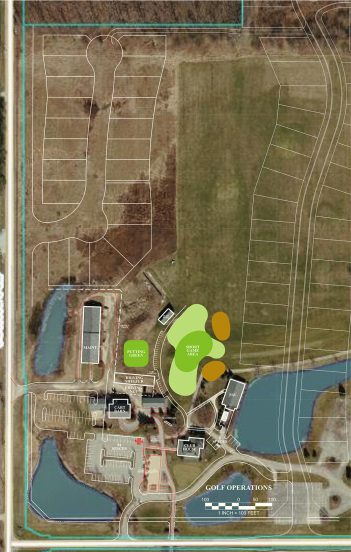 When the development with the Northwind and Southwind neighborhoods are complete, there will be 170 single-family lots built around Wood Wind Golf Club. (Submitted image)

The new owners have also invested in new facilities and renovations, such as an irrigation system, a new pump house, new paint on the clubhouse, new flooring abd new windows, among other upgrades.

Cohoat said the golf course will remain open during construction. Eventually, two of the holes will be moved to allow for home construction.

“We will always have 18 holes available to play. With the new construction already started, 60 lots are in, the two new holes have been cut in. They’ll be seeded and grow out all of 2019 without being used,” Cohoat said. “Depending on lot sales, they’ll come in to take out the two holes on the golf course in the next year or two.”

Cohoat said work won’t start on the golf course until ownership is comfortable the two new holes can be used.

The development will be split into two sections, Northwind and Southwind, and will offer new residents a social membership to the club. Wood Wind Golf Club, 2302 W. 161st St., also will remain open to the public.

“The new residents of the golf course community will have a social membership to the club, that’s part of their deal, but (the course) is also open to the public. The public can come in at-large and procure a membership,” Cohoat said.

In addition, Wood Wind Golf Club will focus more on women’s play this year. It also will add Golf Channel Academy’s Colby Huffman as the new director of instruction.

“We are going to really be focusing a lot more on women’s play out here as well,” PGA Head Golf Professional Elliot Eldridge said. “We are enacting a Tuesday night working women’s league in the evenings, and hopefully, we are going to get a nice group of ladies coming out just for fun.”

“It’s important that the public knows that Wood Wind Golf Club, now that it is under Cohoat and O’Neal as owners, is able to spend some money, and it is our goal to make it the best public golf course in the state of Indiana. We are excited to maintain Westfield’s only public golf course,” Cohoat said.