Carmel’s longest-serving member of the city council is seeking re-election for his seventh term. 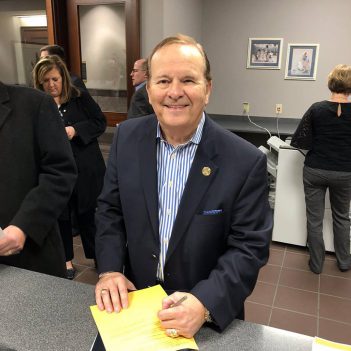 Carter, 76, said he is running because he feels his experience and background can continue to be beneficial in keeping Carmel “the best place to live in America.”

“My long experience in city government sets me apart, especially from those who have no relevant experience whatsoever,” he said. “If you own a business, you look for the person with experience and a successful track record in the industry.”

Top campaign issues for Carter include providing residents with the “best value possible” for tax dollars and continuing to add services and amenities that set Carmel apart from nearby communities competing for jobs and residents.

A graduate of Speedway High School and Indiana University, Carter worked in sales, marketing and advertising before his retirement.

“During my career I became convinced that organizations had to continue to change with the times to ensure their long-term viability,” he said. “I understand that communities, like all other organizations, must differentiate themselves from their competition to compete for the companies on which we rely for the jobs that draw citizens.”

He and his wife, Barbara, have three married daughters, 10 grandchildren and two great-grandchildren.