You are at:Home»Current in Westfield»Westfield Cover Stories»For the Kids: Third dance marathon nearly doubles donations, raises more than $88,000 for Riley Hospital for Children

In Indiana, high school Dance Marathons benefit a nearby college, which combines funds to donate to Riley. WHS’ marathon is a partnership with IUPUI.

This year, the marathon was Feb. 15 and netted $88,158.62 from 1,122 donors, nearly double the number of donors from last year’s event. WHS Dance Marathon President and senior Abi Gift said the difference was the way students raised money — primarily by encouraging donations during the actual marathon.

“This year, we really worked on engaging our participants while they were actually at our event,” Gift said. “This event, we were working more with them on fundraising during the event and reminding them it was a fundraiser, and even though they were there to have fun and have a great time, it was also to raise money for (Riley). 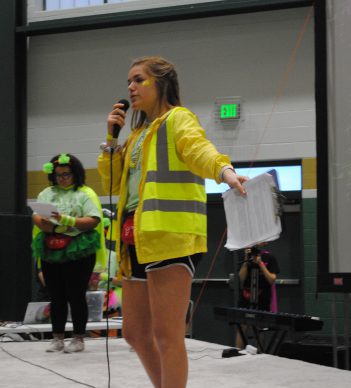 “We came up with lots of creative ways to get them involved.”

Innovations included a game where Riley patients tagged event participants, who were then required to stay in “jail” for five minutes, or until they texted or called someone and received a donation. To get out of jail, they also had to ask at least one person for a donation.

“It was a fun way to get the Riley kids involved and have participants more involved in something,” Gift said.

“The amazing thing about Dance Marathon, especially at the high school level, is it’s almost completely student-run, which is pretty insane we can put something on like that with just high school students running it,” she said. “We plan everything from food to games. We plan for all the bands that sing, all the activities we do.”

More than 325 students were involved in putting on the Dance Marathon.

“I believe we have great potential to grow like Carmel has over time. There is an incredible amount of generosity in our community,” she said.

WHS Dance Marathon continues to grow in terms of dollars raised, student involvement and donor turnout. Next year, Gibbs said she hopes to find a group of students as passionate as this year’s team.

“My hope is that success breeds excitement, so my plan is to find another exec council who will be as motivated and driven as this year’s group was,” she said. “That way, their excellent leadership can set the tone for even more involvement throughout our school and community next year. We had awesome leaders this year.” 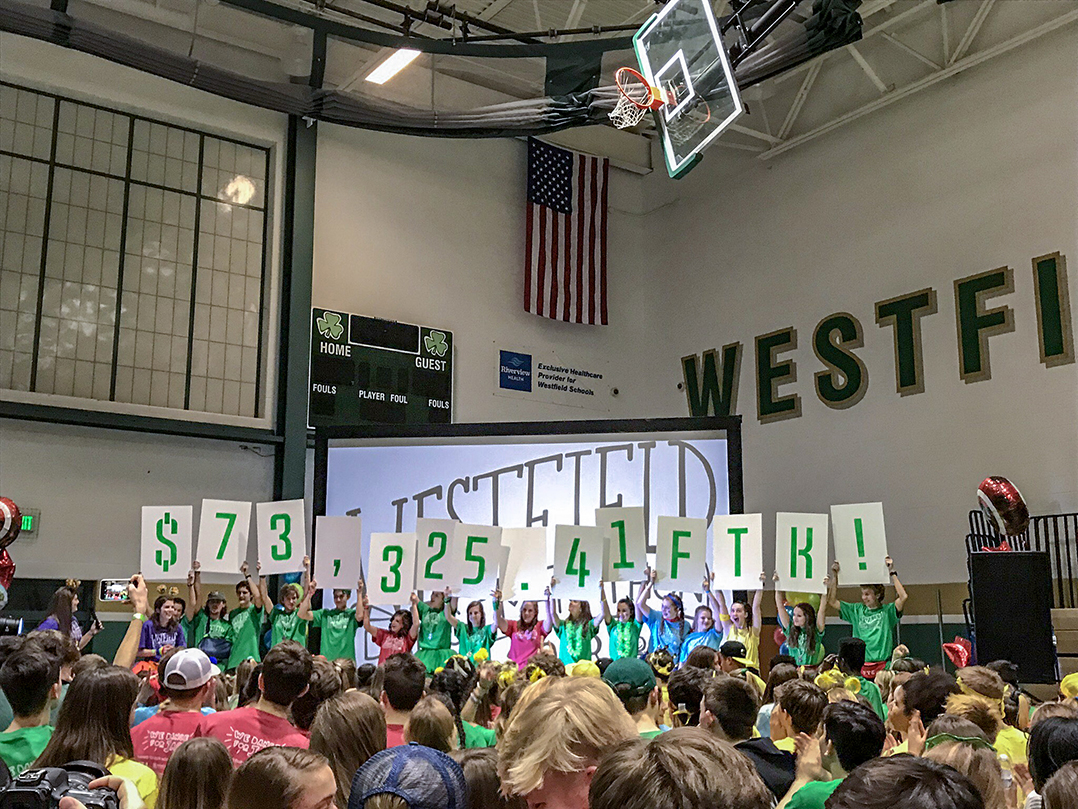 In its second year in 2017, the WHS Dance Marathon more than double its inaugural amount by raising $73,325.41. (Submitted photo)

WHS Dance Marathon by the numbers