Jack Jones is eagerly preparing for his first trip to the Palladium.

The one in Carmel, that is. 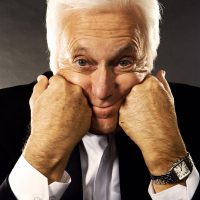 Jack Jones will perform at 8 p.m. March 23 at the Palladium. (Submitted photo)

Jones, 81, will perform at 8 p.m. March 23 at the Palladium at the Center for the Performing Arts in Carmel.

Feinstein is the Carmel-based Great American Songbook Foundation founder and the Center for the Performing Arts artistic director.

Jones, a pop and jazz singer, was a longtime member of The Society for the Preservation of the Great American Songbook, founded by disc jockey Dick Robinson.

Jones said he doesn’t base his show on his hits alone.

“I do the important ones,” Jones said. “I do the two Grammy awards and ‘The Love Boat’ theme. The show’s designed to go from mood to mood. I do ‘Girl Talk,’ poking fun at the ladies in a nice way and a careful way, too. I’m just doing things that have worked for me in my concert.”

Jones, who rose to popularity in the 1960s, won Grammys for best male vocal performance for “Lollipops and Roses” in 1963 and “Wives and Lovers” in 1965.

“As long as I can sing and feel good, I’m fine,” Jones said. “The audience has to be there. Fortunately, there are people writing me already, ‘Could I get an autograph from you when I’m there?’ I haven’t been in that area in a long time.”