You are at:Home»Current in Carmel»Carmel Community»Carmel High School swimming teammates to enter Hall of Fame together

As her Indiana High School Swimming and Diving Hall of Fame induction nears, former Carmel High School swimmer Lindsay (Carlberg) Ramsey is reflecting on the time of her life. 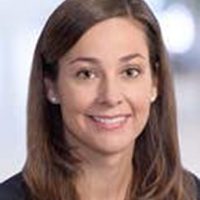 “Every time I put on the CHS swimsuit and cap, I had a feeling of pride, and also a feeling of pressure, to keep the traditions alive for the women who had put on the same suit and cap each year before,” Ramsey said. “There is nothing like the high school swimming and diving state finals. Nothing can prepare you for the atmosphere that you encounter on those two days. It is magic. Just reminiscing about those memories brings goosebumps.”

Smart and Ramsey were teammates for two seasons.

“There is no one I would rather be inducted into the Hall of Fame with than (Smart),” said Ramsey, an attorney who lives in Naples, Fla. “It is very fitting as we grew up together and traveled to many junior nationals and senior nationals together and had very similar goals in our swimming careers.  We leaned on each other and supported each other even into college, where we both swam in the Big Ten.”

Smart swam at Northwestern and Ramsey at Michigan. 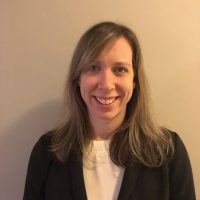 Smart was part of eight state championship relays and won the 100-yard breaststroke as a sophomore and 200 freestyle as a senior.

“My favorite memory is our 400-yard relay our senior year in 2000. It was all seniors,” said Smart, who lives in La Grange, Ill., and works as a speech language pathologist.

Smart’s older sister, Christine, was on the team that started the CHS girls swim team 33-year state winning streak in 1986 and was inducted in the Hall of Fame in 2015. Her brother, Greg, also was a CHS swimmer, competing on four state championship teams.

“I was hoping I get in (the Hall of Fame),” Smart said. “But I didn’t know for sure, so when I got the call I was excited about it.”

For Smart, the camaraderie was special.

“I love being part of the team,” Smart said. “It was a lot of fun and there was always a lot of excitement around high school swimming.”