You are at:Home»Lifestyle»Health»Column: ‘Advantages’ don’t provide immunity from alcohol’s consequences

I’ve had a great life. I was born into a loving family. I never had to worry about where my next meal was coming from or where we would live. My parents are still married and supported us into adulthood. I was raised Catholic, attended private Catholic grade and high schools and went on to a small private college where I received a B.A. in psychology. I’ve always had good jobs. I married a successful attorney, and we have two beautiful children. I served on the board of directors at Fairbanks and liked it so much that I work there as a manager of its Supportive Living Program. It took me a long time to get here, but I finally made it. 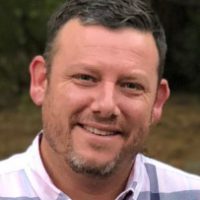 My point is this: With all of these “advantages,” I was still susceptible and succumbed to a disease that affects millions of Americans and their families every year. The NIAAA defines an alcohol-use disorder, or AUD, as a diagnosable medical condition in which an individual’s alcohol consumption causes harm or distress. While this disease has no known cure, it can be treated.

Negative stigmas associated with alcoholism prevent so many of us from seeking treatment out of shame, embarrassment or even fear. There are so many negative connotations surrounding alcoholism that they can actually convince alcoholics to deny their illness. If to be an alcoholic one had to be unkempt, homeless and broke, of course we would convince ourselves that we are not sick.

I have been sober for more than eight years and have experienced the benefits of recovery firsthand. Individuals who embrace recovery achieve improved mental and physical health as well as stronger relationships and a sense of self-worth. Alcohol is a drug – a powerful, mood-altering drug – and alcoholism is a chronic disease, from which people can and do recover.

April is Alcohol Awareness Month, an initiative sponsored by Facing Addiction with NCADD, to bring awareness to this disease. It took a life-altering situation while I was under the influence to help me become sober.

My name is John; I am a grateful recovering alcoholic, and there are many just like me. Open your eyes to the disease, be aware of the stigmas and offer to help – or get help yourself.

John Adams is a Carmel resident, recovering alcoholic and manager of the Fairbanks Supportive Living Program.