You are at:Home»Current in Noblesville»Noblesville Community»Former Pharmakon CEO convicted: Elmer facing up to 14 years in prison

On April 10, a jury convicted Paul J. Elmer, the former CEO and owner of Pharmakon Pharmaceuticals Inc., of conspiracy to defraud the Food and Drug Administration and nine counts of adulterating drugs. 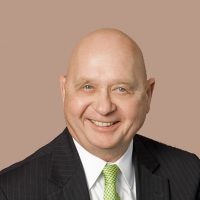 According to a statement from the U.S. Dept. of Justice, the verdict came after an eight-day trial in Indianapolis before U.S. District Judge James R. Sweeney II.

Pharmakon Pharmaceuticals, a drug compounding company, operated in Noblesville from January 2016 through the end of September 2016, when it announced immediate mass layoffs. At the time, Elmer said a majority of the layoffs were the result of unexpectedly losing a “major client.” Approximately 200 employees lost their jobs upon the company’s closing.

Caprice R. Bearden, Pharmakon’s former director of compliance, also was charged in June 2017 but pleaded guilty to all charges in November 2017. She awaits sentencing.

Evidence presented at Elmer’s trial showed that from 2013 to 2016, Pharmakon routinely shipped compounded drugs at Elmer’s direction to customers without having received laboratory test results that verified the drugs were the strength they were supposed to be. Further evidence was presented showing that, despite receiving test results showing potency failures, Elmer did not recall the drugs, notify customers, notify the FDA of the potency failures, or conduct any investigation to determine the cause of the failures. Approximately 70 lots of over- and under-potent drugs were shipped to military and civilian hospitals across the nation during that time.

“The jury’s findings in this case resonate with citizens of every age,” U.S. Attorney Josh J. Minkler said in a statement. “Specifically, hospitals and patients from every walk of life rely on the integrity of pharmaceutical manufacturers like Pharmakon to make safe drugs. This defendant prioritized profit over safety.”

According to two FDA consumer safety officers who testified during the trial, on several occasions infants were injected with drugs compounded by Pharmakon that were significantly over-potent.

According to evidence presented at the trial, in February 2016, the multiple potency failures culminated in Pharmakon’s distribution of 2,460 percent super-potent morphine sulfate, an opioid pain medication, to hospitals in Indianapolis and Chicago. Nurses at the Indianapolis hospital administered the morphine, not knowing it was super potent, to infants in the pediatric unit. Three infants suffered adverse effects from the narcotic overdose. One infant needed to be revived through the administration of Naloxone, commonly known as Narcan, and sent by helicopter to a nearby hospital’s neonatal intensive care unit.