Don Farrell and his fellow actors are having one problem during the first rehearsal for “Forbidden Broadway: It’s Back, It’s New and Better than Ever.” 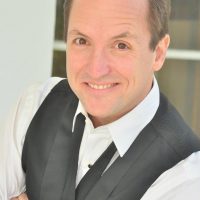 “It’s like we all reverted back to high school,” Farrell said. “We were constantly cracking each other up. We have to get the laughs out of the way now so that we don’t laugh on stage and we allow the audience to laugh.”

Actors Theatre of Indiana founders Farrell, Judy Fitzgerald and Cynthia Collins, along with Logan Moore, are appearing in the musical parody from April 26 to May 19 at the Studio Theater at the Center for the Performing Arts in Carmel.

“We’re making it fresh for those who have seen what we’ve done in the past,” Farrell said. “And it’s going to be great for people that have never seen it before. It’s zany. A lot of the shows we are parodying have been done in the area. We’re doing something on ‘Newsies,’ which Civic Theatre will be doing at the same time.”

There are 28 Broadway shows parodied in the performance, including new material from “The Little Mermaid,” and “Miss Saigon.” 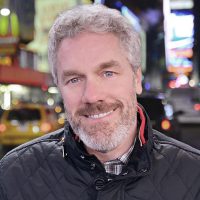 Billy Kimmel directed the District Theatre production and is returning to direct again. Kimmel estimated 85 percent of the material has changed since the July show. Some greatest hits are staples, Kimmel said.

Kimmel has been involved with “Forbidden Broadway” since 2003.

“I’ve done national tours and Broadway productions through the years,” Kimmel said. “They finished the last version of ‘Forbidden Broadway’ in 2014. The show has been running more than 30 years. It started at a little club in 1982 and grew and grew.”

Kimmel and Collins have known each other since attending Ohio University together. Kimmel has acted and directed with ATI since it began in 2005.