On the morning of April 30, 1989, 9-year-old Jessica Pelley returned from a sleepover to her family’s home in Lakeville, Ind. She found crime scene tape and police cars surrounding the property.

A friend’s mother broke the tragic news to Jessica: Her family, including her mother, Dawn Pelley, 32; her stepfather, Robert Pelley, 38; and her two little sisters, Janel Pelley, 8, and Jolene Pelley, 6, had been shot to death in their home,the previous night. Jessica’s stepsister, Jacque Pelley, who also was away from home when the murders took place, survived. Jessica’s stepbrother, Jeff Pelley, was thought to have been away that night, too. However, he would be charged with the murders in 2002. He was convicted in 2006. 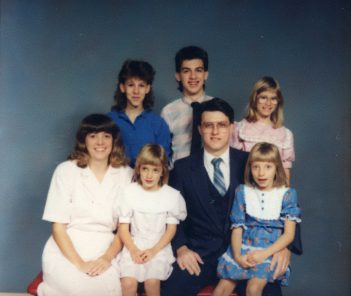 The Pelley family in 1985, just a few years before the murders. (Submitted photo)

For most of her life, Jessica Pelley, now Jessica Toronjo, 39, was mostly silent about the tragedy she had endured as a child and the damage it had done to her mental health. But now, after 30 years, she is finally telling her story with the help of her cousin, Carmel author Jamie Collins.

“I Am Jessica” is the story of Toronjo’s struggles and triumphs in the face of profound childhood tragedy. When Collins and Toronjo reconnected as adults, after having known one another as children, they did not immediately set out to create a book. But after months of talking, their conversations slowly came around to the murders that had robbed Toronjo of her family. Collins learned that her cousin had never truly had a chance to process what happened.

“When I was a kid, I didn’t cope with it at all,” said Toronjo, who now lives in Midland, Mich. “Everyone told me, pretty much, to forget about it and move on. Growing up, I detached myself from it, and that’s kind of how I got through most of the years, dealing with it—or not dealing with it, I should say.”

When she began talking with Toronjo, Collins realized that even the people closest to her cousin didn’t really understand what she had endured.

“I decided I wanted to talk to her husband, and I realized that he didn’t even know everything that she had lived through as a child,” Collins said. “I’m the first person really hearing it, so it was a very sacred thing between us.” 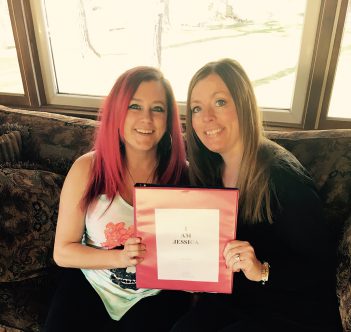 Jessica Toronjo, left, and her cousin, Jamie Collins, pause on the 29th anniversary of the Pelley family murders. (Submitted photo)

Collins formed her own publishing company, Bold Whisper Books, so that she and Toronjo could maintain control over the story they wanted to tell. According to Collins, this was particularly important because she found many other versions of the story to be disrespectful.

“I actually read a true crime book about this, and after I was done with it, I couldn’t help but feel offended on behalf of Jessi,” Collins said. “My son, at the time, was around the age that Jessi was at the time of the murders. As a mom, it really weighed on me that she had been completely excluded from her own story.”

Toronjo hopes that her story may inspire other adults to reach out and help kids who have endured trauma.

“As a child, I was very boisterous and hyper, so they chalked my behavior up to ADHD, when, in reality, that’s not what was causing it,” Toronjo said. “It was all these other symptoms that if they had recognized it, I probably could have gotten help a lot younger.” 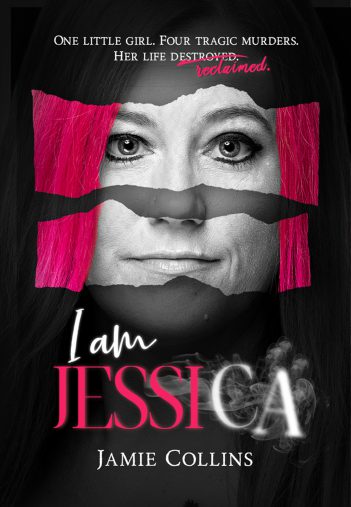 ‘I am Jessica’ was released April 30. (Submitted photo)

“I think, truly, it is a survivor’s anthem,” Collins said of the book. “It is a real, true, honest look at what that reality looks like.”

As for Toronjo, finally telling her story has helped her develop strategies to cope with the trauma of her past.

“I’ll listen to music, I’ll run, and talking to Jamie also helps,” Toronjo said. “I’ve learned to cry about it and to actually realize that it was my life. It did happen.”

For more information about “I Am Jessica,” as well as a schedule of book-signing events, visit facebook.com/pg/iamjessicabook/events/?ref=page_internal. Purchase the book at amazon.com/dp/B07PBSV4C8/ref=sr_1_8?keywords=i+am+jessica+book&qid=1551668276&s=gateway&sr=8-8.

Post traumatic stress disorder is commonly thought of as something that only affects adults, specifically those who have been through certain violent experiences, such as military combat or deadly car accidents.

But PTSD can affect people at any age, and physical violence isn’t its only cause. PTSD can occur as a result of severe emotional trauma as well. Children may experience PTSD if they have suffered physical or verbal abuse, the death of a close family member or other trauma. Experts say it is important for children with PTSD to receive proper treatment, such as cognitive behavioral therapy, as soon as possible to minimize the impact on their long-term emotional development.

Below are some warning signs of PTSD in children. Some of these signs can also point to issues other than PTSD, so assessment by a professional is needed for a diagnosis to be made.