Twins Amelia and Mitchell Wray are living the dream. 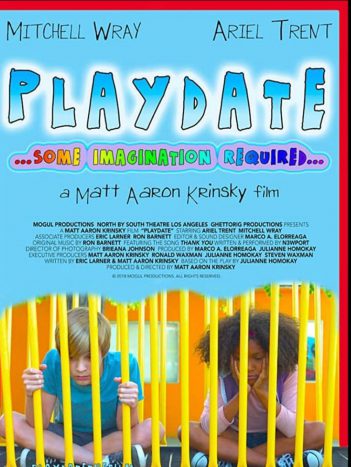 The siblings, who split time between Carmel and Los Angeles, are acting in various productions and national commercials. Mitchell acted in one episode of Disney Channel’s “Coop and Cami Ask the World” and acted in a short film, “Playdate,” which is making the film festival rounds now. Amelia landed a recurring role in Disney Channel’s “Sydney to the Max.” The twins, who began acting at Jr. Civic Theatre in Carmel, turned 14 April 26.

“There is not a single day where I wake up and don’t want to go on set,” Amelia said. “It’s just a blast. It’s like you are at a fun summer camp doing what you love. It find it more fun than work. I feel like me and all the girls in ‘Sydney to the Max’ have gotten so close during the filming of it. It’s just been a blast.”

Amelia said she can relate to her character, Sophia.

“She’s definitely bubbly,” she said. “She’s fun. She loves to hang out with Sydney and Olive.” 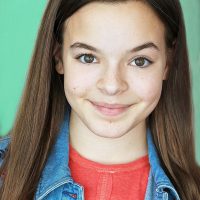 Sophia made her debut April 5 in the first season’s Episode 10. She is in a total of five episodes this season, which has completed filming.

“All my friends were texting me and calling me, saying, ‘Oh, my gosh, I can’t believe I just saw you,’” Amelia said. “It was crazy watching myself on TV.”

Amelia started filming the show before season one started airing on Disney.

“She deserves it more than anybody and I’m so proud of her,” Mitchell said of his twin’s success.

Amelia enjoyed watching her brother make his Disney debut as well as Mason on “Coop and Cami Ask the World” in March.

“His episode aired before mine, so actually seeing him on TV was so crazy,” Amelia said. “That was such a cool experience.” 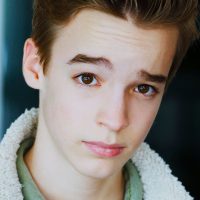 Mitchell was in the national tour of “Finding Neverland” for several months in 2016 and 2017. He had a role in a full-length film, “Crossroads of America,” which was filmed in 2015 and will finally have its premiere in New York May 17.

But this Disney appearance was special.

“This was a dream come true,” Mitchell said. “Why I started acting in the first place was to one day be on Disney Channel. It’s every kid’s dream. I grew up watching Disney Channel. All the hard work has paid off.”

His episode took a week to film.

Mitchell and Amelia acted in 2018 in a pilot with Crystal the Capuchin Monkey, famous for roles in the “Hangover Part II” and the “Night at the Museum” films. The pilot has yet to air.

Mark Whittington, a producer with KMK Productions, worked with the siblings on the pilot. He said both are incredibly talented.

“We believe in their talents, together and separate,” Whittington said. “And there’s something each of them brings to the table individually as well as a team. Mitchell can go (former child star) Haley Joel Osment in two seconds without even trying — very dark, and the tears bust out. Amelia is just flat-out hilarious, and her comic timing is as strong as any Disney star. Plus, she sings her face off.”

Mitchell said he has now been in TV, film and a touring musical.

“It’s cool because they’re all so different and I got a taste of all of it,” he said.