You are at:Home»Current in Carmel»Carmel Community»CRC expects to make recommendation for Lot One by June 1 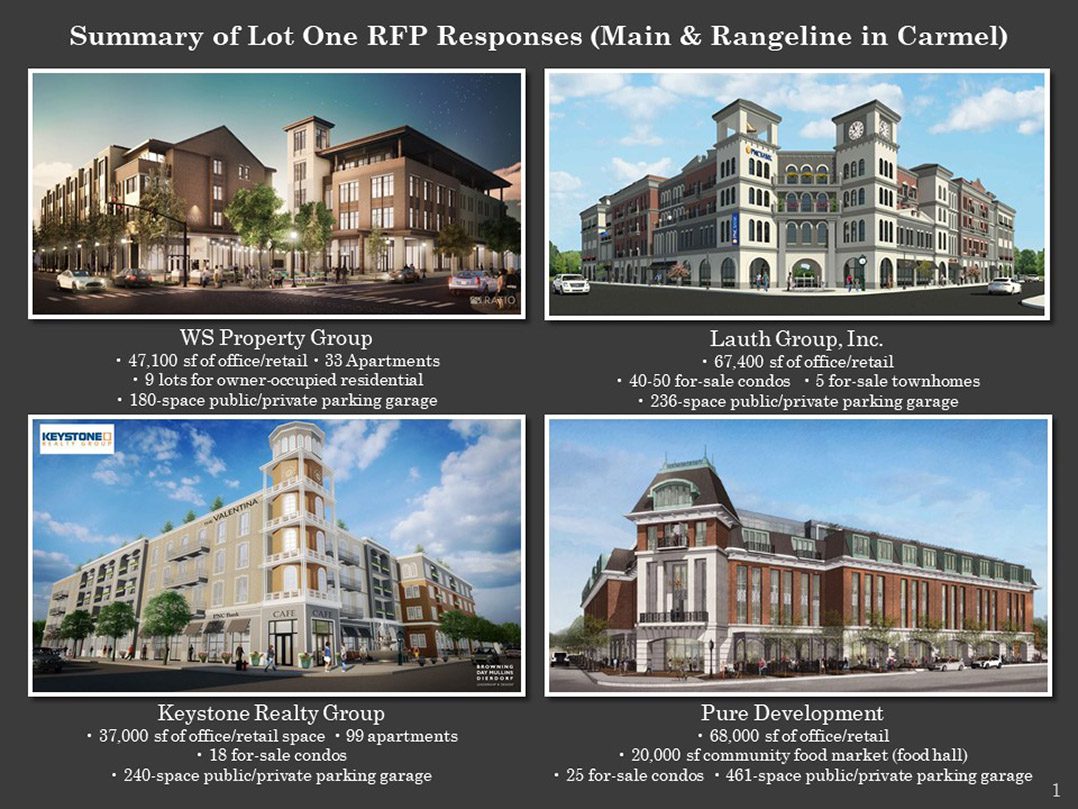 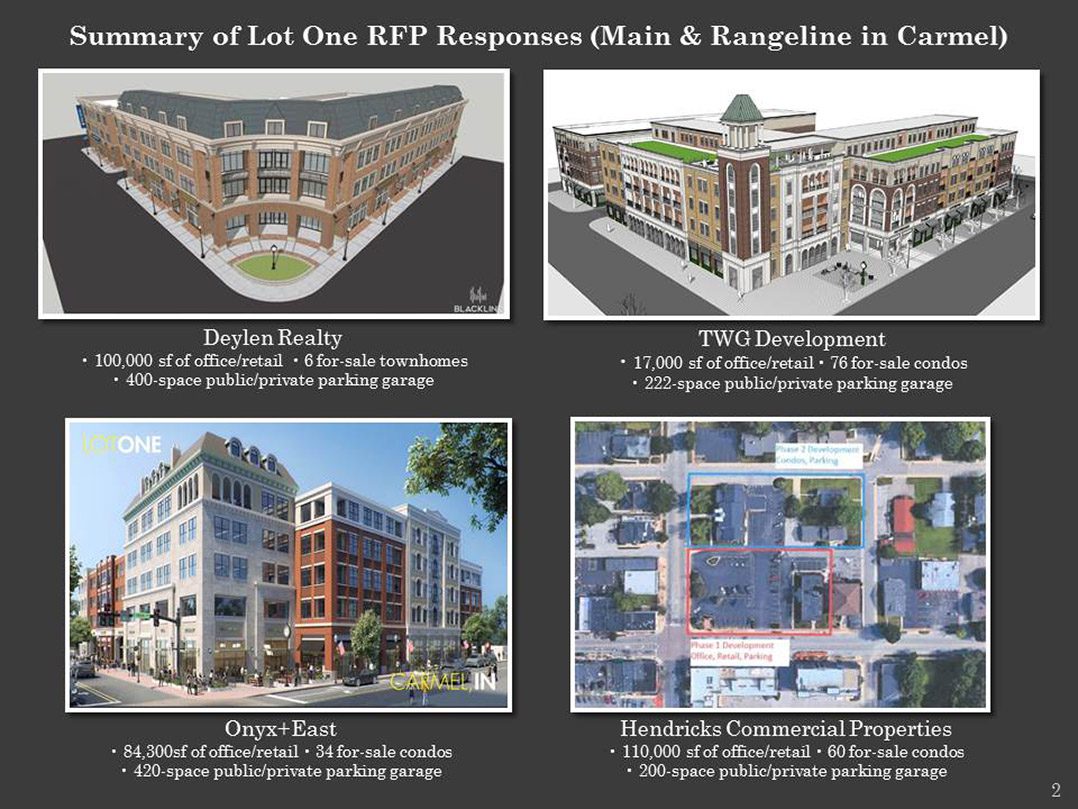 At least eight developers are hoping to be selected to transform a historic corner in the heart of the Arts & Design District.

The Carmel Redevelopment Commission received eight responses to its request for proposals for 1.7 acres on the northeast corner of Main Street and Range Line Road. Each proposal includes a public/private parking garage, 37,000 to 110,000 square feet of office or retail space and multi-family dwellings.

The new development will also include space for PNC Bank, which is currently on the land and plans to maintain a presence during construction. PNC sold 1.2 acres of the site to Carmel for $2.5 million in December 2018 after Carmel filed a condemnation lawsuit to use eminent domain to acquire the property in August 2018. The city withdrew the lawsuit after the CRC and PNC reached a deal.

CRC Director Henry Mestetsky said the number of proposals was higher than the city typically receives for projects such as this.

“The large number of responses with office and condo components for this prominent corner is a testament to the vibrancy of the Arts and Design District and the market’s desire to continue investing in Carmel’s downtown generally,” he said.

“This is a game-changing project for the small businesses in the heart of our community who count on us to make these kinds of investments to keep the district vibrant,” stated Carmel Mayor Jim Brainard in a press release. “This project in particular will help those east of Range Line Road on Main Street, bringing with it more activity from sunrise to sunset with a mix of office workers and residents.”

Previous soil testing in the area showed traces of ground contamination, possibly caused by a former dry cleaning business and gas station on the site. The developer will be responsible for remediation during construction of the underground parking garage.

The site is being called Lot One because a portion of it included the first lots incorporated in the town of Bethlehem in 1837. Bethlehem changed its name to Carmel in 1874.

Feedback on the proposals may be directed to Mestetsky at hmestetsky@carmel.in.gov or through a message sent to the Around Carmel Facebook page.