Michelle Qureshi has a rare distinction.

The Carmel resident is only the artist with nominations for two different albums in different categories at Zone Music Reporter.

Qureshi will attend the May 17 Zone Music Reporter at the House of Blues in New Orleans. 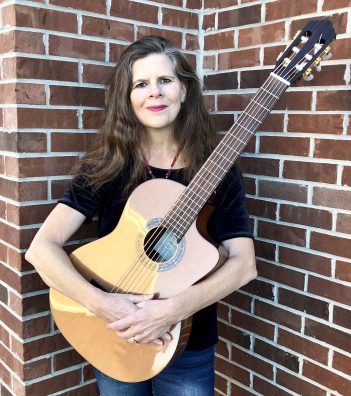 “I was nominated for the best ambient album for a November (2018) release called ‘Silver Chord’ and best acoustic album “Short Stories,’ my guitar album, which I released in late August on my own label,”

“Silver Chord” was released on Phoenix-based Heart Dance Records, which is run by Sherry Finzer.

There are five nominees in each category.

“These awards cover instrumental, electronic, ambient and new age,” Qureshi said. “It’s kind of between the radio programmers and ZMR that kind of choose what category they call it.”

Her 2017 album “Seventh Wave” was nominated in contemporary instrumental album by ZMR in 2018.

The nominations are selected by the radio programmers and the hosts.

“Short Stories” is nominated by OWMR for best acoustic guitar album for 2018. The online awards will be released in June.

Qureshi released her first album in 2012.

Qureshi remastered some of the songs as well.

“Because everything is being streamed now, so that’s different from what you do for CD production,” she said.

Qureshi has 152 tracks on Spotify. She said she has approximately 1.5 million streams.

“Spotify lets you watch your statistics, so a lot of us keep our eyes on that,” Qureshi said. “Sometimes you spend so much time fussing about the numbers, but it does nothing for your music.”

Qureshi also did a four-track EP collaboration, “Three Windows,” with a Swedish musician who goes by the name Songs of Eden. She also did a collaboration with a United Kingdom artist named Paul Landry.

“One thing new I’ve been doing is harmonic sound immersion, mostly at yoga studios,” Qureshi said. “It’s like horizontal instruments. I set up all my different instruments. It’s kind of me moving sound waves around the room while people are in a deep mediation. I’m doing that two times a month at different yoga studios.”