Jack Clark sees a fun benefit of appearing to be swimming on stage.

“I think skating around on stage with Heelys will be so much fun, but I’m going to have to practice a lot so I don’t fall off the stage,” Clark said.

The Westfield Intermediate School fifth-grader will portray Flounder in Beef & Boards Dinner Theatre’s production of “The Little Mermaid,” May 23 to June 30. 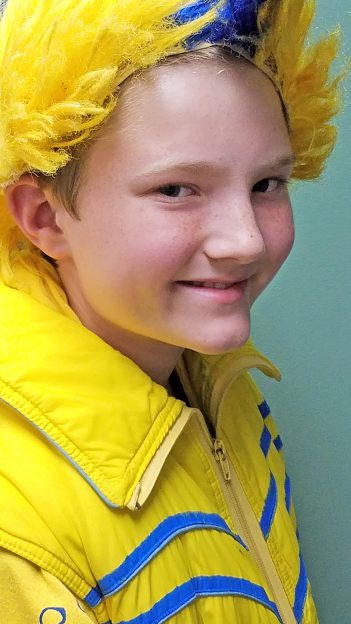 “My little sisters (ages 5 and 8) sure are excited and I think it will be fun,” Clark said. “They have been more excited about this show than any other show I’ve been in.”

“I started acting when I was 7 years old and have not stopped since,” Clark said. “I got my start in one of my uncle’s (Craig Whitcombe) shows at The Biz (in Avon) and have had many amazing opportunities since then. Some of my favorites were playing Winthrop in ‘The Music Man’ with the Civic Theatre, Louis in ‘The King and I’ with Brebeuf (Preparatory School) and Christian in ‘Fun Home” with Ball State.”

Clark enjoys performing in front of an audience.

“I like the fact that it is live, and that if you mess up, the audience gets to experience the mistake with you,” Clark said.

Clark has only been in musicals so far.

“I have not been in a play, but if I was ever offered the opportunity, I would accept with much joy,” he said.

Sarah Daniels, who made her Beef & Boards debut as Sandy in “Grease” earlier this year, returns in the title role.

The musical focuses on King Triton’s youngest daughter, Ariel, who wants to leave her ocean home to explore the world above. When she rescues the human Prince Eric, Ariel can’t wait any longer and makes a bargain with Ursula, the sea witch, to trade her tail for legs.

Also returning from the “Grease” cast is Nate Willey as Prince Eric. Kelly Teal Goyette returns to the Beef & Boards stage as Ursula. She previously appeared as Miss Hannigan in “Annie,” Dragon in “Shrek” and Madame de la Grande Bouche in “Beauty and the Beast.”