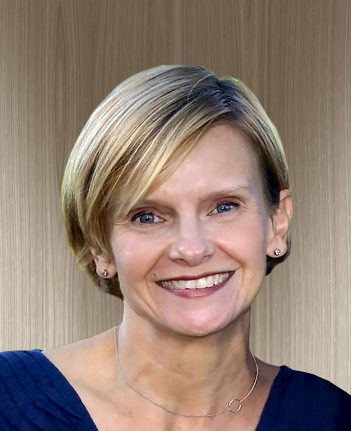 Kristina (Kris) Lawson Swanson, 46, died May 11 after an extended battle with colon cancer. She spent the last moments of her life in the presence of her family, where she was most happy. An avid reader, architect, tennis player, lover of time at the beach, admirer of art and cheerleader for her kids, Kris’s joyful presence, endless kindness, determination and wit inspired everyone who had the privilege of knowing her.

Born Kristina Sue Lawson on Aug. 11, 1972, in Indianapolis, Kris was the third of three children born to Jack and Joyce Lawson. She grew up in Brookfield, Ind., where she attended Triton Central High School. She went to Ball State University to study architecture and formed many life-long relationships, including with her future husband. She and T.J. both began their careers in Cincinnati and continued their growth together along with their passion for architecture and design when their careers took them to Los Angeles. Kris and T.J. were married in 2000 and returned to Indiana a few years later to be closer to their families. In 2012, Kris launched her own architecture and design business, SODA (Swanson Office of Design + Architecture), and four years later, T.J. joined SODA, fulfilling their long-held dream of owning their own firm.

Kris is survived by her husband and partner of nearly 19 years, Thomas Joseph (T.J.) Swanson and her daughter, Eve, and son, Tommy. She is also survived by her parents, Jack and Joyce Lawson, her brother, Jack (Marsha) Lawson, her sister, Melanie (Shawn) Maclaren, and her nieces and nephews, Megan, Jacob, Rachel, Nathan, Rachel and Nathan.

A celebration of the love, joy and adventure that Kris brought to many lives will be from 2 to 6 p.m. June 2 at the Ritz Charles Garden Pavilion in Carmel.

In lieu of flowers the family asks that memorial gifts be made to the children’s 529 account at Ugift529.com enter code A3F-62E.