You are at:Home»Current in Westfield»Westfield Cover Stories»Uprooted: Thieves prey on greenery

Property theft is a common neighborhood crime. Anything not secured could be targeted — even planted trees and greenery.

The latter crime is on the rise in Westfield.

The most recent incident targeted Westfield resident Beth Armstrong and two of her newly planted pine trees. They were nearly 7 feet tall when plucked from the ground.

“I had mulch on them and everything. They were part of our line of pine trees. They’re pretty sizeable,” Armstrong said. “(The thieves) had to somehow hoist them out of the ground and pull them onto a skid and pull them. It was evident. I could see footprints. I didn’t see tire prints but saw this line in the dirt that looked like something had slid across there.”

Armstrong said the City of Westfield had reimbursed her to purchase two new pine trees after it removed some of her trees for upcoming road improvements. The missing trees are worth $614.

Armstrong installed security cameras along her property line after the theft.

“I’m not going to put good pines out there because they’ll be taken again,” she said. “I dug up a cedar from another field and put it in there. I have one pine left. We had three altogether. (The one) they didn’t take I think it’s because there was a lot of sitting water and they couldn’t get the skid back there. We put a deer cam there, so we are waiting for them to try again and then we might get them on camera.”

Armstrong said when she reported the thefts, she was informed that similar instances have occurred in the past two years.

Armstrong isn’t the only victim. The City of Westfield also has been targeted.

“(City officials) said it happened at Grand Park when they put in a lot of new stuff,” Armstrong said. “They seemed to target the evergreens because they are used as buffer material, so that’s what they’ve been mostly seeking.”

On multiple occasions, thieves stole trees at a roundabout at 186th Street and Spring Mill Road.

“There was an ornamental spruce, a blue spruce that has been stolen out of the Sundown Gardens roundabout three separate times,” Westfield Parks and Recreation Dept. Supt. Chris McConnel said. “It’s a relatively small spruce, 2 or 3 feet, an ornamental dwarf species, but with that said there’s quite a considerable cost associated with it. It is a $300 tree, and it’s now been stolen three times. Sundown has replaced it (at) no charge to us twice, and the third time we had to pay.”

Westfield’s Senior Project Manager Adam Essex said the thefts could happen at any time of day or night.

“This is very well something they could even do in broad daylight,” Essex said. “Unless the tree owner themselves catches the person, it’s very likely the average Joe passing by won’t question someone. It would be pretty easy for some landscaper to get away with doing this in broad daylight.” 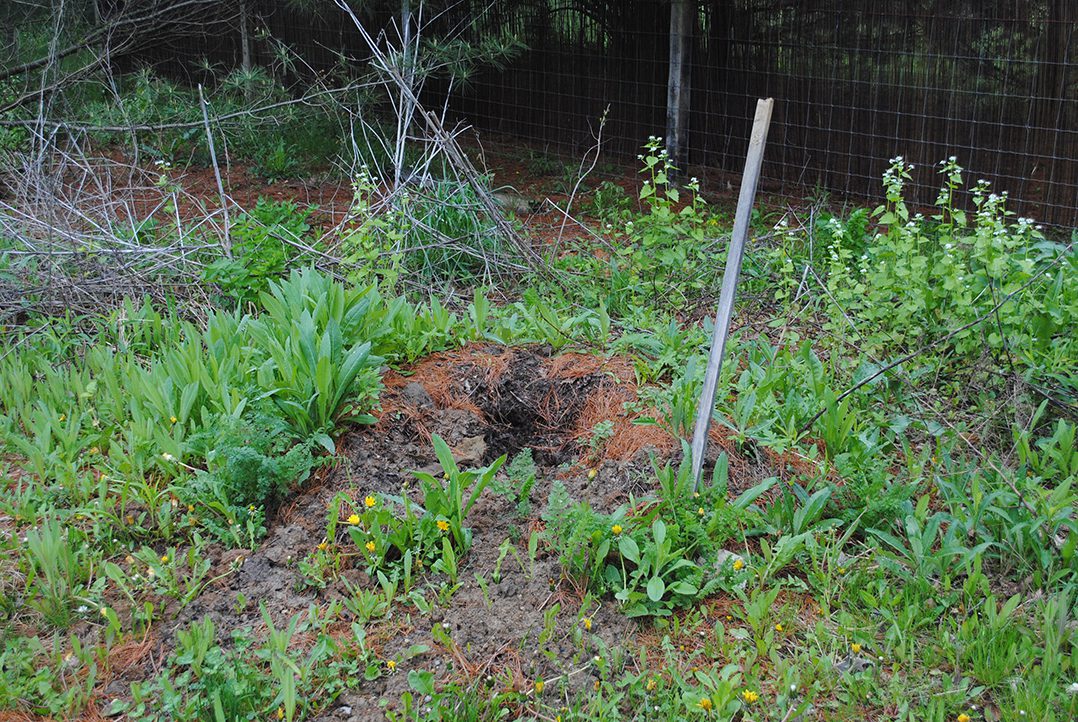 In addition to Beth Armstrong’s two stolen pines stolen and the city’s globe spruces being stolen out of a roundabout, city officials said other organizations also have reported landscape thefts.