You are at:Home»Current in Zionsville»Zionsville Community»Zionsville resident pens debut novel

Ana Johns began writing at a young age. But the Zionsville resident never seriously pursued becoming an author until a few “life-changing events” created the opportunity to do so. Now, she’s on the road promoting her debut novel, “The Woman in the White Kimono,” which was published by Harper Collins/Park Row Books in late May. 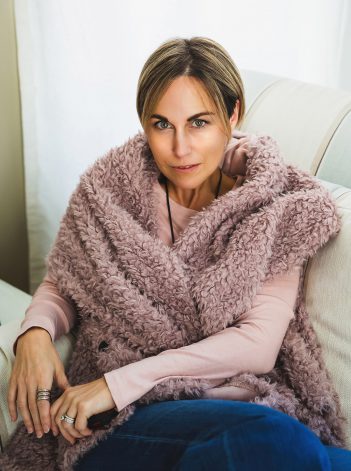 A work of historical fiction, the book tells the story of two women. One is an American journalist trying to unravel her father’s hidden and surprising past, and the other is a Japanese woman in 1950s Japan trying to navigate a changing world. A heartbreaking secret brings them together. “The Woman in the White Kimono” was is inspired by true events and stories, including John’s own father’s.

“His story is of the beautiful Japanese girl he loved in post-World War II Japan while enlisted in the U.S. Navy and how her family had invited him to a traditional tea but sent him away upon seeing he was an American sailor,” Johns said. “I worked backward, borrowing heavily from my father’s life – his ship, his military records, his story, then forward by asking, ‘What if?’ What if they preceded with the wedding without her parents’ blessing? What if she were pregnant?”

To answer those questions, Johns studied 1950s international marriage and birth registry laws for the United States, Japan and the military and interviewed those with real-life experience.

“For cultural traditions such as the tea ceremony and wedding and funeral services, online resources gave me much of the information,” Johns said. “But to really grasp the details, I looked to individuals with firsthand experience – people who lived in Japan or Japanese Americans who once had.”

“Although I stepped away several times, it always called me back,” she said. “The story was just too important. I mean, 10,000 babies were born before, during and after World War II and the Occupation. Many didn’t survive, and after I met those that did – adoptees from the Elizabeth Saunders Home in Japan for mixed-race babies – I knew the importance of putting in the research time to effectively share their heartbreaking stories.”

To get inside the head of a 17-year-old Japanese girl in 1957, Johns said she knew the end of her own story, so she understood what her character, Naoko, had been up against.

“By tracing those steps, Naoko revealed herself,” she said. “Believe it or not, Naoko was easier to write than my American character because I felt as though I had met Naoko time and again through my interviews with the adult adoptees.”

Seeing her novel at the bookstore has been “thrilling,” Johns said, who is working on her next historical fiction, also crafted from real-life historical events with a personal connection. Her advice to fellow writers who may be struggling to be published or to keep their desire to write alive is simple.

“Keep writing and improving your craft,” she said. “The rest will take care of itself.”