Joey Cerone is confident he is prepared for his solo standup comedy routine.

The 2019 Fishers High School graduate will perform a 20-minute set at 2:30 p.m. June 29 at Nickel District Amphitheater during Spark!Fishers. This is Cerone’s first standup at Spark! Fishers, but he has performed school events before talent shows. 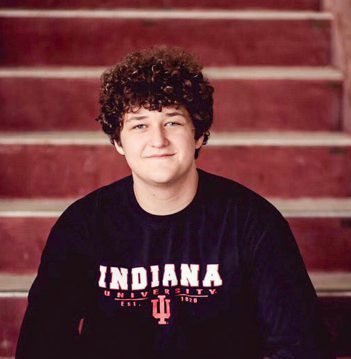 “Twenty minutes is fairly long but I’ve done standup before and I’ve got what I feel is a very solid set,” he said. “I have a lot written and I think I could even put together a 45-minute set and feel good about it. I write jokes as they come to me, so I’ve got a lot of material just squirreled away.”

Cerone was in Jon Colby’s advanced acting and improv class at FHS.

“I use Colby and my friends and family as a sounding board and I like the way this set has been hitting,” he said.

Colby previously taught theater and speech at FHS but left in June to pursue a career of leading workshops.

John Mulaney is Cerone’s favorite comedian so he said he has taken a lot of inspiration from him in the way he writes and performs.

“My style is a mix between my own personal experiences and storytelling with jokes and one-liners weaved in,” Cerone said.

Cerone and recent FHS graduate Max Keithley are Spark! Fishers parade announcers for the second year in a row June 29.

Cerone, who will attend Indiana University in the fall to major in sports broadcasting with a minor in theater, served as student body president, a member of the Riley Dance marathon committee, acted in some plays and was a volleyball player at FHS.

Thomas Lister, who will be a FHS senior, is the lead guitarist for Shiver and the Shakes, which will play at 5:30 p.m. June 29 .

“Our keyboardist Joey Kelly  graduated in 2018 and our drummer, Clayton Beehler, and our singer, Quinn Heiking graduated this year, Lister said. “We did Spark!last year and it was such a nice event for people of all ages. It’s a really cool event for the community and we’re excited to play.”

The band plays alternative rock band has been together for two yers, Lister said.