You are at:Home»Current in Carmel»Carmel Community»Carmelfest food offerings to expand

With 39 food vendors, CarmelFest aims to offer something to fit everyone’s tastes.

Jill Gilmer, CarmelFest food vendor director, said that one of her priorities was to ensure diverse options. To Gilmer, this meant preventing similar offerings and striving to include various cultures. 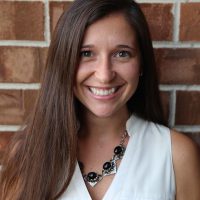 “We have quite a bit of new ethnic providers. We have Greek, Cajun and Mexican (options),” Gilmer said. “We have all kinds of ethnicities now that we didn’t used to have in the past. It’s not only fair food.”

Six new vendors will make their debut at the 2019 CarmelFest, Gilmer said.

The most notable change regarding food vendors will be their locations. Rides from last year’s ExtremeZone are being combined with the KidsZone, resulting in an Extreme KidsZone on the south end of the festivities. More adult attractions are located toward the north side of CarmelFest. Gilmer recognized that the north and south areas will attract different demographics, so she organized food vendors accordingly.

“We have a lot more vendors in the north zone, which is up by the beer tent. There’s a ton of new food up there, lots of more food vendors than in years past,” she said. “We have specifically more kid-friendly food items down by the KidsZone as well, which is as far south as you can get.”