You are at:Home»Current in Carmel»Carmel Community»2 more candidates interested in Fifth District seat, Carmel mayor not one of them

Two candidates announced plans in the last two weeks to run for the U.S. House of Representatives in Indiana’s Fifth District.

Christina Hale, a former Democratic state representative from Indianapolis, announced her candidacy July 11, and Ken Tucker, a stay-at-home dad and former teacher from Westfield, hasn’t officially filed to run but said he plans to soon. 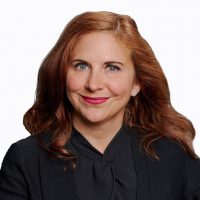 Hale represented District 87 in the Indiana House of Representatives from 2012 to 2016 and was John Gregg’s running mate in his unsuccessful bid for governor in 2016. In a previous campaign, she was endorsed by the Indiana Chamber of Commerce – which typically supports Republicans – and the AFL-CIO, a labor organization that usually supports Democrats. She said she has developed a proven record for reaching across the aisle to get things done.

The Fifth District, which includes all or part of Hamilton, Boone, Marion, Blackford, Grant, Howard, Madison and Tipton counties, has sent a Republican to Congress in every election since it was formed in 2000, but Hale is among several Democrats who believe that could soon change.

“Nobody expected me to win in 2012, but when you’re talking to people about things that really matter to them and they develop personal and professional trust in you, then people vote on the candidate rather than broader partisan habits,” she said.

Hale, 47, said her campaign will focus on access to affordable, high-quality health care, job creation and retaining talent in Indiana.

Hale has one son and lives in Broad Ripple with her husband and two dogs. She is executive director of youth programs at Kiwanis International but plans to soon begin campaigning full time. 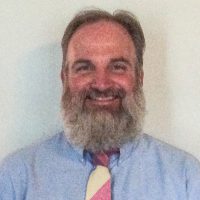 Tucker, who spent 12 years as a teacher with Noblesville Schools, hasn’t decided whether he plans to run as an independent or through a party. He said he’s voted for Democrats, Republicans and Libertarians through the years and would bring an independent voice to Congress.

Tucker, 39, left his job in education to stay home with his two young daughters and said building a brighter future for them and other children he’s taught through the years inspired him to run.

“I’m going to try to do everything I can to give (my daughters) what they need moving forward,” he said.

Tucker said his campaign will focus on protecting the vulnerable, such as children and people with disabilities, and increasing green initiatives. He also wants to address education funding.

“In terms of fixing the funding we have at the state level, I want to get to a place where we don’t have to have individual districts pass referenda every two or three years,” Tucker said.

Learn more about Tucker at AGuyFromIndiana.com.

As candidates continue to announce plans to run for Congress in Indiana’s Fifth District, at least one official who previously considered the job will not enter the race.

Carmel Mayor Jim Brainard said he is “not interested” in running for Congress after recently winning a tough primary election to retain his position. He is unopposed in the general election.

“You can have a lot more impact on people’s lives (as mayor), and I committed to be mayor,” he said. “I’m anxious to get started on the next term.”

In 2016, Brainard said he’d consider the possibility of heading to Congress after U.S. Rep. Susan Brooks announced she was interested in becoming governor after former Gov. Mike Pence became Donald Trump’s running mate in the 2016 presidential election. Brooks was not selected to replace Pence, which led to her Congressional seat not becoming available at that time.

Brainard spoke highly of the work accomplished by Brooks, who recently announced she will retire at the end of her term.

“Susan has done a wonderful job representing the citizens of this area,” Brainard said. “She has spoken out on a number of issues of importance.”