You are at:Home»Current in Zionsville»Zionsville Cover Stories»Dancing in the streets: Zionsville Street Dance has plenty of pep in its step in 43rd year

“Residents of Zionsville and visitors to the community have been attending Street Dance for decades,” Haak said. “It’s one of the longest-standing events in the community and continues to draw over 7,000 people to downtown Zionsville. I especially enjoy the community collaboration for this event between the Town of Zionsville, Zionsville Chamber members, local organizations and merchants and residents.”

The 43rd annual Zionsville Street Dance is of the largest annual fundraisers for the Zionsville Chamber of Commerce. 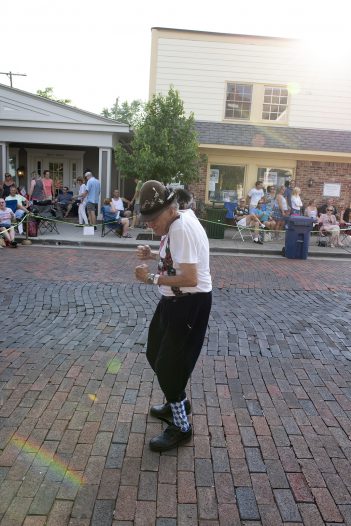 A resident dances in the street at a past Zionsville Street Dance.

“It seems to be getting bigger every year,” Zionsville Chamber of Commerce Executive Director Lin Moormann said.

“We have a kids’ area so there is a place to bring them,” Moormann said. “There are bounce houses for kids and other activities.”

There are a number of food trucks, including Nacho Mama’s Food Truck. There will be beer trucks and wine will available.

“Twice a month we have a business breakfast and we have a First Tuesday. Both events are networking,” Moormann said. “There is an education component. One event we had in December (2018) was focused on taxes for the tax changes that were going to occur in January for small business. We had another one that was going to focus on internet reputation. The group came in and told everyone how to secure their website and Google and things like that. We pick topics that are relevant to small business owners, either to help them run small businesses better and things they have questions on.”

Moormann said the chamber is hoping for 8,000 to 9,000 visitors at the street dance.

“I’d be happy with 8,000, I’d be happy with 7,000,” she said. “I just want people to have a good time. Hopefully, we’ll have beautiful weather like we have had in the past. It’s a great way for not only people in Zionsville, but our surrounding communities to hang out with friends. It’s a very family friendly event. We’ve had multi-generational families come to the event. It’s a great activity right before school starts. We try to make sure everyone has something fun going on so it really is a great activity.”

All vendors are chamber members, representing a wide range of businesses.

“We’ll have anything ranging from an insurance company to a bank to the Kiwanis,” Moormann said. “A lot of times they will do activities at the booth.”

Downtown merchants and restaurants are open during the Street Dance.

“We enjoyed the relaxed atmosphere and just talking to everyone as they walked by. A lot of people didn’t know we were open,” McCloskey said. “So, it was a great way to introduce ourselves to them. Customers walked in our shop and where able to taste and sample our olive oil and balsamic vinegars. We even held their purchases until the end of the street dance so they didn’t have to carry it around. All in all, it was a great success in both selling and meeting new potential customers.” 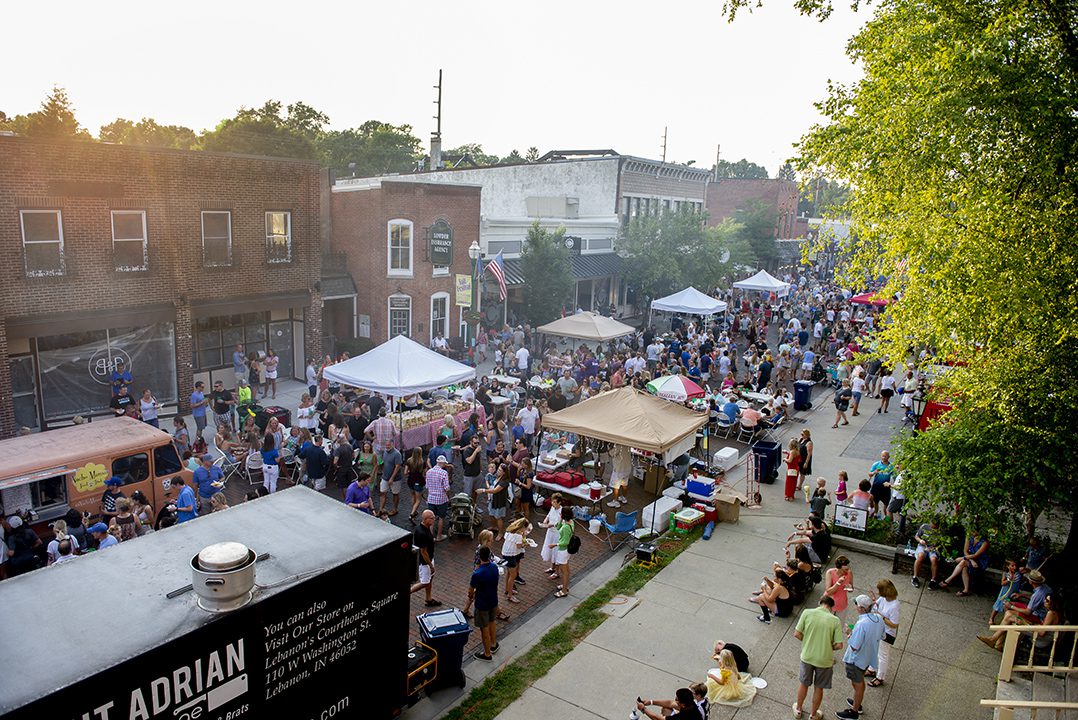 Zionsville residents fill the streets at the annual Zionsville Street Dance, a fundraiser for the Zionsville Chamber.

What: The event encompasses several blocks, which are blocked off. There are two main entrances, one on Cedar Street and First Street. The other is on South Main Street.