You are at:Home»Current in Carmel»Carmel Community»Carmel man arrested after allegedly beating ex-girlfriend with shotgun

A Carmel man is in jail after allegedly beating his ex-girlfriend with a shotgun.

Carmel police said they were called to the 1000 block of Indian Trail Drive in the Gramercy Apartments at 2:30 a.m. July 25 on a domestic violence report involving a shotgun. Because of the nature of the call, the SWAT team was called to the scene. 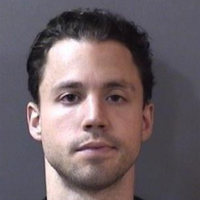 The female victim told police that Scott A. Nocco entered her residence and hit her with a shotgun, which fired during a struggle but did not strike anyone. The victim was able to get away from Nocco.

Nocco jumped from a balcony and fled the scene while the SWAT team was on the way to the call. Police later discovered him at his residence in the 4900 block of Woodcreek Drive and took him into custody without incident.

Nocco has been charged with criminal confinement, criminal recklessness, domestic battery, intimidation, criminal mischief and interference with reporting of a crime. He is being held at the Hamilton County Jail.

Carmel police do not release identifying information of a victim in an ongoing investigation.