You are at:Home»Obituaries»Obituary: William Lewis 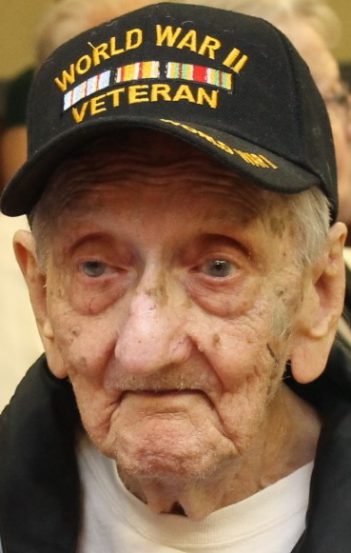 William, who referred to as “Grandpa” by everyone he knew, was a World War II U.S. Army veteran. He was deployed to France for three months and was discharged as a Tech 4 sergeant. He entered the Army at Camp McCoy, Wis., in 1944 and was discharged at Camp Atterbury in 1946. He retired from the United States Postal Service as a certified machinist in 1979. He was a lifetime member of VFW Fort Harrison Post 7119 in Lawrence. William loved to work with his hands, starting out maintaining boarding houses for his mother-in-law in Cincinnati. He loved teaching his grandsons how to sweat copper pipes, repair walls and roofs, run electric lines and even change tubes on the TV and stereo. He enjoyed vacations to Indian Lake, Ohio, with his family and trips to Wisconsin lakes with his grandchildren and their friends to fish, boat and enjoy the outdoors. One of his greatest gifts was cooking and sharing food with others, including his favorite meal of spaghetti and meatballs.

In addition to his parents, he was preceded in death by his wife, Margaret Lewis; son, William Lewis Sr.; grandson, Aaron Lewis; and nephew, Edward Lewis.