You are at:Home»Current in Geist»Geist Cover Stories»Connecting with the community: Police to venture into Lawrence neighborhoods for National Night Out

Three teams of officers, the prosecutor, civilians, the LPD Explorers and administrators will venture into the Lawrence community to visit with 19 different stops during the Aug. 6 National Night Out. 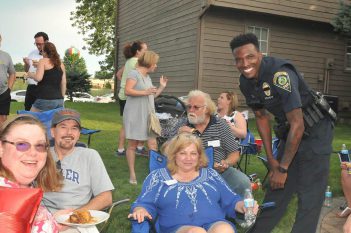 “The whole purpose of National Night Out is to connect officers with the community they serve when they’re not responding to runs,” LPD Chief David Hofmann said. “It’s not a time of crisis, nothing is going on, and also it is to build and maintain relationships in our neighborhoods.”

The teams will spend 15 to 20 minutes at each stop. Some stops will conduct a block party with bounce houses, face painting, food and more.

“We make a big deal about it. We put our lights and sirens on,” Hofmann said. “We park there and hang out and people just love it.”

The teams will reach its first location at 5:30 p.m. Lawrence Mayor Steve Collier will read a proclamation at the Lawrence Government Center, 9001 E. 59th St., Lawrence, at 5 p.m. Teams should reach the last location by 8:45 p.m.

“We do it the way National Night Out was originally designed, where the department goes out to the community versus everyone coming to them,” Deputy Chief Curtis Bigsbee said.

“People would much rather talk to us over a grill in their backyard versus in a municipal government center,” Hofmann added.

Although not part of National Night out, which is being celebrated for the 23rd year in Lawrence, the LPD will conduct its annual safety day and wing-eating contests from 10 a.m. to 2 p.m. Aug. 10 at its headquarters.

“What’s so unique about us going out to the community to visit is it’s not just neighborhoods but apartment complexes and senior living facilities,” said LPD Director of Crime Prevention Elia James Sanchez, who’s first day on the job was at last year’s National Night Out. “My favorite one was going to the senior living facility Elmcroft (of Fort Harrison) and just how we brightened their day.”

Sanchez said one of the stops will feature a live band and some of the officers will sing with the band. This year, Sanchez entered the National Night Out awards program the hope the department will be recognized for its work with the inititiative. LPD will find out if it received the award in October. 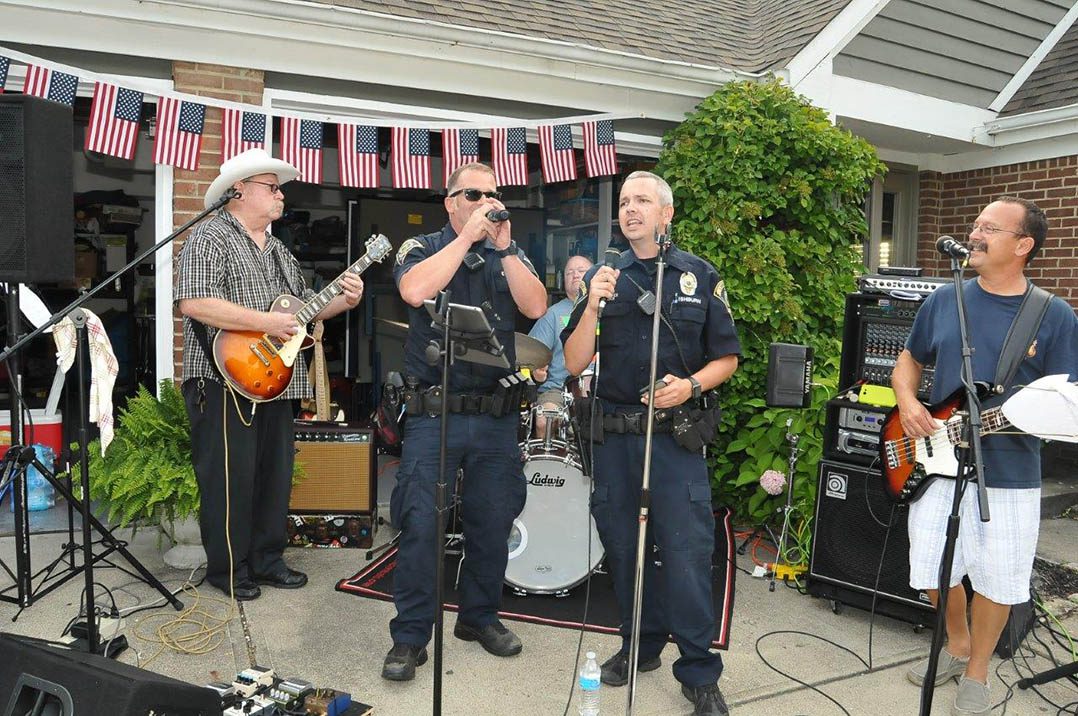