You are at:Home»Current in Carmel»Carmel Community»Council candidate serves as captain for plane pull team 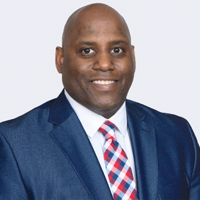 “This particular event, the plane pull challenge, is one of single, largest fundraisers (Special Olympics) does,” Howard said. “With me being a newly elected board member, I just wanted to be able to get in on the ground level and help out as well as doing whatever work I can with the organization internally. This is just one of my efforts, trying to volunteer and help out on the ground level.”

Howard was elected to the Special Olympics Indiana board of trustees in May.

The team has approximately 15 participants already, but each team is allotted up to 20. If anyone wants to sign up to be a part of Howard’s team, Howard encourages them to do so. However, he also said donations are a big part of the event, as well.

“Each team is expected to raise a minimum of $1,200 dollars per team to participate,” said Howard, who confirmed his team has raised the minimum amount. “Anything above and beyond that is great, it’s perfect. It’ll directly benefit Special Olympics Indiana.”

For more about Howard’s Heroes or to donate, visit firstgiving.com/fundraiser/william-howard-7/2019-Plane-Pull-Challenge.