You are at:Home»Lifestyle»Health»Carmel professor’s examines how genes, germs affect behavior

Bill Sullivan was interested in finding out what makes people make the choices they do.

“You can’t watch the news for five minutes without wondering why people do the things they do,” he said. 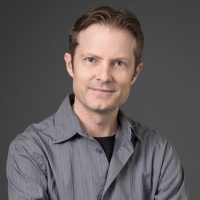 So, Sullivan decided to write a book on what influences behavior. It is titled, “Pleased to Meet Me: Genes, Germs and the Curious Forces that Make Us Who We Are.”

The Carmel resident is a professor at the Indiana University School of Medicine in Indianapolis. His specialties include pharmacology, toxicology, microbiology and immunology. The book, published by National Geographic Books, debuts Aug. 6. There is a launch party from 7 to 8:30 p.m. Aug. 10 in The Hinge Bureau, 719 Virginia Ave., Indianapolis.

“The motivation stems from the research I do at IU School of Medicine but also stems from personal curiosity,” Sullivan said. “You see these patterns and you become fascinated with those.”

Sullivan said the main takeaway from the book is there are hidden forces flying under the radar and directing or guiding behavior. As an example, Sullivan said he has always had a distaste for broccoli. 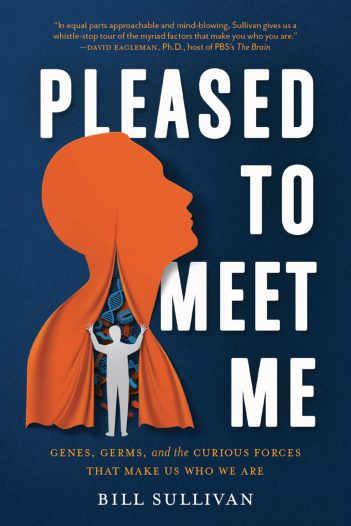 ‘Pleased to Meet Me: Genes, Germs and the Curious Forces that Make Us Who We Are’ was set to be released Aug. 6. (Submitted photo)

“I’m a scientist. I know it’s nutritious,” he said. “I know it’s good for me, but I can’t stand it. It tastes awful. It tastes bitter. I always thought there was something wrong with me because most people like it. It turns out I have a genetic variation in a gene that has a certain tastebud receptor which binds tightly to the bitter chemicals in broccoli. It’s not something psychological, so there is a real biological reason why I find this so distasteful and why my daughter finds is so distasteful.”

Sullivan said it is comforting to know that he was born this way.

“But it’s unsettling at the same time, because it means our likes and dislikes in food and beverages aren’t fully under our control,” he said.

For the book, Sullivan also researched a parasite, toxoplasma gondii, that can be found in cat waste.

“It’s the reason why doctors tell pregnant women not to change the litter box,” he said. “It’s one of the parasites that can cross the placenta and may cause miscarriage or birth defects.”

It also can be found in undercooked meat and unwashed vegetables and anywhere a cat has been, like a garden or sandbox.

“There are indications it changes behavior. It makes people neurotic, anxious, susceptible to rage disorder, and there is also evidence there are links to schizophrenia if you are infected with this parasite,” Sullivan said.

“Some people take two sips and they are out. That’s actually due to a mutation of the liver enzyme which processes the alcohol quickly so they feel the results fast,” he said. “It has nothing to do with their will or mental strength.”

Sullivan examines why people are subjected to addiction or have relapses after they try to disengage from substance abuse.

Other chapters include causes of violence and criminal behavior, finding your love match and moods, examining why some people are happy at all the times, why others are depressed and some find a happy medium.

“A lot of these things are affected by these hidden forces,” he said. “It’s written as a popular science book but it very much could be a self-help book. It’s going to educate people in plain English. There is not a lot of scientific jargon. I wrote it for my mother to understand it.”

The book, which will be available on Amazon.com, has been in the making for two years.