Christina Whisman’s first musical memory is of a time when she was 4 or 5 years old.

“I would sing inside the car to the music playing every time we would drive,” the 15-year-old Fishers resident said. 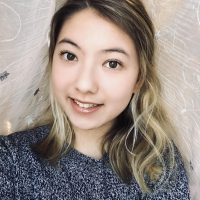 The first time she performed on stage was at age 7, an important number because it inspired her stage name, Christina7.

“I wanted a one-word name, and I thought of adding the age I first performed on stage to my first name,” Whisman said.

It’s also the number of songs on her first EP, “Papillon,” which was released July 22 and is available on Amazon, iTunes and Spotify. It contains two cover songs and five original songs, four of which were written by Whisman.

“I’m young, and so I don’t have much life experience to pull from in writing, so I studied other musicians and asked for advice from my voice teacher, Jeannie Logan,” Whisman said. “She wrote my first song for me and I learned from that experience. My original songs are inspired by all of the people I love and who are closest to me.”

“I like the way music moves me and makes me feel. I find it easier to communicate through music,” Whisman said. “It’s like a second language to me. Actually, (it’s) a fourth language because I speak Korean and Spanish.”

The home-schooled teen performs around the area venues, such as Urban Vines, The Well Coffee Shop and Books & Brews, to name a few.

“I also have played city festivals, like the Fishers Arts Crawl, Concerts on the Central Green, Fishers Farmers Market, Indianapolis Farmers Market and other similar events,” she said. “I promote my music through social media, friends and family and getting out to perform in front of people as much as I can.”

Whisman, who plays piano and guitar, would like to make a career out of music.

“I don’t know the future, so I don’t know where it’ll take me,” she said. “But I look forward to the ride.”