You are at:Home»Current in Carmel»Carmel Community»Kimball: Bicycling strong in Carmel despite closure

Carmel may be best known for its roundabouts, but city leaders have worked hard to build its reputation as friendly place for bicyclists, too.

The effort seems to be paying off. In May, the League of American Bicyclists named Carmel a Silver-Level Bicycle Friendly Community, a bump up from the bronze level it has enjoyed since 2006. The past year also saw several bike-friendly improvements across the city, particularly in Midtown, where bike parking was added to several businesses and the Monon Trail was rebuilt with separate lanes for cyclists and pedestrians. 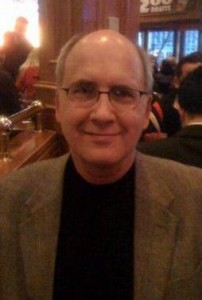 With such a strong focus on bicycling, many Carmel residents were likely surprised when Bike Line, a popular cycling shop at Carmel City Center, closed this summer. The store had been a hub for Carmel cyclists, often displaying new and used bicycles outside its doors.

Carmel City Councilor Bruce Kimball, a cycling advocate, said the closure is one of the latest victims of declining retail sales that are affecting businesses well beyond Carmel.

“We’ve had 10 to 12 bicycle shops around Indianapolis close in the last year,” Kimball said. “Cycling shops are feeling the effects of online sales, just as everyone else in the retail business is. People now can not only buy bicycles online, but also all the accessories, like clothing.”

Despite Bike Line’s closing, Kimball said he is optimistic about the future of cycling in Carmel and Indianapolis. He noted that Bike Line’s original location is still open in Broad Ripple and that the number of cyclists in Carmel is growing each year. He also said he expects other cycling shops to open in the city soon.

“I think we’re going to see some other people fill that void here very shortly,” Kimball said. “We still have a very good bike shop with the Carmel Cyclery. They’re on Carmel Drive, and they do a terrific amount (of business). I know there are people who are looking to open bicycle shops in Carmel.”