This one was ripped from Elizabeth Young-Collins’ own headlines.

“It’s loosely based on a true story,” Young-Collins said. “After my (IndyFringe Festival) show last year, we went on a trip to go from ships passing in the night to a relaxing vacation. So, some of this actually happened, but I turned it into a farce. I did go jump in the lake to swim, but I didn’t go in to drown.” 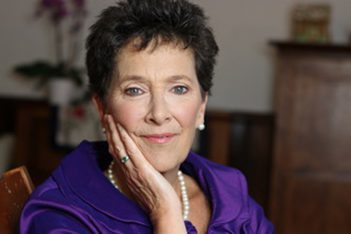 The Zionsville resident’s play “The Day Penny Drowned” will debut during the Aug. 15-25 IndyFringe Festival. The six performances will be at The District Theatre Cabaret.

The play’s premise is, following a smash hit, a Broadway producer plans a romantic vacation at a lakeside cottage. Unfortunately, her family shows up uninvited, creating havoc. So, the producer takes a dive. The question is, does she drown or come to the surface?

“It’s a good show for baby boomers,” Young-Collins said. “The moral of the story is how to do stand up for yourself when family expectations are dragging you down.”

In Young-Collins’ case, she missed text messages that family members were coming to visit on the trip to New York state.

Carmel resident Jonathan Scoble is among the five cast members. The others are three Indianapolis residents, Kate Hinman, Nancy A. Pickett and Bridget Schlebecker, and  Edwin Faunce of Kokomo. David Whicker, Anderson, is the director.

In 2018, Young-Collins staged a one-woman show, “Why Be Normal (when you really are extraordinary!),” at IndyFringe.

Carmel resident Garret Mathews’ play, “Is Your Brain Still Cooking?” Is set for IndyFringe performances at the District Theatre Cabaret. His wife, MaryAnne Mathews is performing in the comedy.

Magic Thread Cabaret has staged two shows at The Cat Theatre in Carmel and has another set for October.

IndyFringe tickets are $12 for seniors (65 and older), students (with ID) and children. Adult tickets are $15. For show times and more, visit indyfringe.org.