Anna Lasbury never viewed “Hairspray” as a dream show to perform in.

“But with the violent and racist acts our country has recently encountered, it is clear this story still needs to be told,” Lasbury said. “I do find the musical very enjoyable, and I hope our audience leaves both entertained and enlightened.” 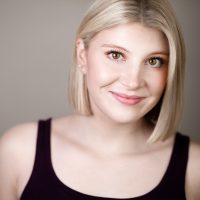 The 2015 Carmel High School graduate returns to Beef & Boards Dinner Theatre as Tammy in “Hairspray” Aug. 22 to Oct. 6. “Hairspray” follows teen Tracy Turnblad as she tries to bring integration to a Baltimore TV dance show in 1962.

Lasbury last appeared at Beef & Boards 10 years ago. She made her first appearance as Brigitta in “The Sound of Music” and later appeared in “Annie” and “A Beef & Boards Christmas.”

“Even coming back to the theater to audition for this show, I was very nostalgic,” Lasbury said. “One of my best memories from working at Beef & Boards was during ‘The Sound of Music,’ my first ever musical. In one scene, all of us kids were being reprimanded by our father, lined up in the famous Von Trapp family line. As we stood there in silence, I remember soaking in the moment and thinking to myself that I wanted to pursue performance as more than just a hobby.

“Here I am, 10 years later doing just that. I feel so grateful that I found something I was so passionate about at such a young age.”

Lasbury plans to move to Chicago to break into theater, TV and comedy after “Hairspray.”

Lasbury graduated from Oklahoma City University, where she performed in several shows. She played Grandma in “The Addams Family” earlier this year.

“This was such a fun show because the character was so far removed from who I am in my day-to-day life. It allowed me to make absurd choices and put 200 percent energy on the stage,” Lasbury said. “Not to mention, the old age costume/make up was a blast. The production itself was completely student-run, which I always enjoy because it shows everyone, including ourselves, what young performers and people of the arts are capable of.”