Hamilton Southeastern High School alumni Ed Gilmore recently received a Distinguished Alumni Entrepreneur award from his alma mater, Purdue University. The award recognizes achievement and creativity in the field of entrepreneurship and is awarded to an alumnus who shows outstanding career development through innovative approaches. 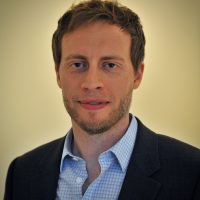 Gilmore entered the computer science program at Purdue in 1998. He graduated in December 2002.

He was presented the award March 29 during the College of Science Awards Program at the Buchanan Club in Purdue’s Ross-Ade Pavilion.

“I’m extremely honored to be selected for the award because Purdue is a very distinguished university and the computer science program is very large,” Gilmore said. “Just to be even noted along with some of my fellow alumni was an incredible honor.”

Gilmore spent time in the graduate program before leaving to join the workforce. He co-founded a company called SpeedETab in 2013.

SpeedETab partners with local vendors to allow consumers to browse menus of nearby venues to customize their order, pay and pick up food orders.

“As founders, we thought there had to be a better way to order food or coffee and skip the line,” Gilmore said. “We thought, ‘What if people could order from their phone and just walk in and pick up their food? It’s been growing over the last few years, so that’s been my entrepreneurial focus.”

During his acceptance speech, Gilmore credited Purdue for his business success.

“I talked about how I was going to live out the rest of my life acting as a distinguished alumnus by being an ambassador for Purdue and continuing being an entrepreneur,” Gilmore said. “It’s something that I love to do. The big part of entrepreneurship is being a strong leader, having a very dedicated vision, being persistent and not giving up. All of those qualities were the values I learned at Purdue.”

Gilmore said his Hamilton Southeastern High School art teacher, Bob Gabbart, had a big impact on him while attending school there.