You are at:Home»Current in Westfield»Westfield Community»Snedeker files as independent for District 5 city council race

Kate Healey Snedeker has announced her candidacy for the District 5 seat on the Westfield City Council. She has worked behind the scenes in politics of more than 25 years, including spending seven years as at the Indiana Statehouse as a Republican staffer. 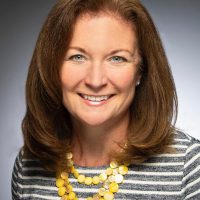 Despite Snedeker’s work for, and self-described dedication to the ideals of the Republican Party, she is running as an independent because a Republican candidate, Mike Johns, has already been chosen.

“The Republican primary (was) finished,” she said. “There’s no Democrat running and my beliefs continue to be Republican beliefs. By putting an ‘I’ after my name, I’m not at all changing who I am or what I’ve been able to accomplish. Those core beliefs certainly don’t change.”

Snedeker said she loves Westfield and didn’t like the rhetoric used during the May primary.

“There’s a lot to love about Westfield,” she said. “I didn’t hear any of that, so I felt compelled, and I felt called to put my name out there. I think that my experience and my obvious community commitment make me a strong candidate for City Council District 5.”

Snedeker is a recent graduate of the Richard G. Lugar Excellence in Public Service Series. The series provides leadership experience training to women and encourages them to seek public involvement and personal achievement. That training inspired her to step into the political fray, instead of working for a candidate.

Snedeker said running as an independent is an uphill battle in strongly Republican Hamilton County, but she said her community connections and conviction will help.

“I just felt compelled to put my name out there,” Snedeker said. “I think I’ve got a couple of campaign strategies up my sleeve that I think will help both differentiate me as a candidate and also make clear that my Republican roots remain in place.”