You are at:Home»Current in Zionsville»Zionsville Community»Fundraiser planned for Zionsville youth’s kidney transplant

On Aug. 24, the Zionsville American Legion will conduct a fundraiser for Aiden Blackburn, a 9-year-old Zionsville boy who is in the process of being approved for a kidney transplant. 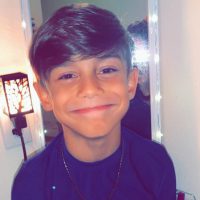 Blackburn, who will soon be 10, attended Stonegate Elementary and Eagle Elementary before medical issues made it impossible for him to return to public school. Blackburn and his mother, Ashley Dickinson, are staying in Rochester, Minn., in order to be closer to the Mayo Clinic, where he is receiving treatment.

Dickinson said that while the fundraiser will mainly help fund the kidney transplant her son needs, it also will help with ongoing treatment for other medical issues he is facing, such as narrowed airways, narcolepsy and tethered spinal cord syndrome.

“He’s got a complex case management physician at Mayo Clinic because he’s so complex. He’s got so many different areas involved and it’s not just one of those, ‘Come get fixed and then you’ll leave’ kind of things,” Dickinson said.

The fundraiser will be from 4 to 7 p.m. and will include a raffle with prizes donated by local businesses. Blackburn and Dickinson will attend. Donations may be made in person or via Venmo at, @ashley-enrico.

Dickinson said the family does not have a specific fundraising goal, but that community support means just as much to her family and financial support.

“My hope is that people come out and show Aiden love and support, because with him having to do homeschooling, he’s at the age now where he realizes he’s different. It’s taking a toll on him emotionally, so my goal is to get him over there and have people show him nothing but love and support,” Dickinson said.