Noah Malone was born to run.

“There is something about running I’ve always loved,” said Malone, who started running for the Indiana Storm track team when he was 10.

So, the fact he could no longer see the finish line wasn’t going to slow him down.

“The first day of school in eighth grade, I couldn’t see what was on the board,” Malone said.

“It was a surprise for all of us,” said the Hamilton Southeastern High School senior, whose vision was normal before eighth grade. “I tried to accept it as much as I could. Life still went on. I still had to go to school. I still ran track.”

“When the gun goes off in a race, I’m just running like everyone else,” Malone said.

Malone won the 200 meters with a personal record of 21.307 seconds and was second in the 100 meters in 10.73 seconds at the Indiana High School Athletic Association state meet May 31 in Bloomington. He had a personal best of 10.59 seconds in the 100 in the state prelims. 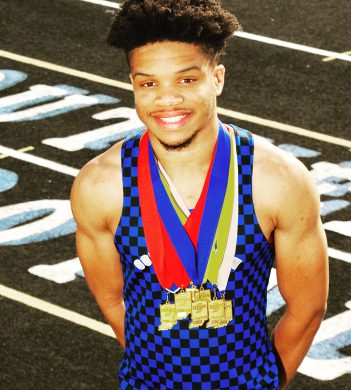 Malone captured gold in the 100 and 200 meters and silver in the 400 meters competing against other visually impaired runners at the World Para Athletics Junior Championships Aug. 1-4 in Nottwil, Switzerland. The competition was for ages 14 to 19. It was his first international event.

“It was amazing,” he said. “I’ve learned tons of new things about track. It was overwhelming at first, but once I started warming up and practicing, it was a great experience.”

Now, Malone will face older competitors as well in the Parapan American Games, which run from Aug. 23 to Sept. 1 in Lima, Peru.

The United States Paralympics named Malone as the 2018 High School Male Track and Field Athlete of the Year.

“The Paralympics is a blessing because I had no idea about it,” said Malone, who lists Indiana State as one of the college track programs he is considering. “The Paralympics does make it easier to accept (visual impairment) and I can meet more people with vision loss.”

“It’s a really good combination of a kid who loves what he does and is really talented at it,” Akialis said. “He works hard. His list of accomplishments continues to grow at the high school, world and Junior Olympic level. He rises to the occasion and he’s at his best when his best is needed.”

There was only one time when he was concerned his career would be affected by vision loss.

“The beginning of eighth-grade indoor track season, I kept running into things,” said Malone, who attended Fall Creek Junior High. “That was the only time I questioned it. The more I did it, the more I felt comfortable. By outdoor season and going into my freshman season, I knew I could be like anyone else.”

His father, Kyle Malone, said his vision has remained the same of late.

“Thank goodness, it’s not going to get any worse,” Kyle said. “He’s been able to make the adjustments academically as well as athletically. He is able to use his peripheral vision for mobility but relies on technology for his schoolwork.”

Malone uses an iPad Pro so he can magnify his school work.

For the previous three years, Malone split his class time between Indiana School for the Blind and Visually Impaired and Hamilton Southeastern. As a senior, all his classes are at HSE.

“Each year he is able to reach new heights, and based on hard work and dedication, he exceeds his expectations the following year,” Kyle said. 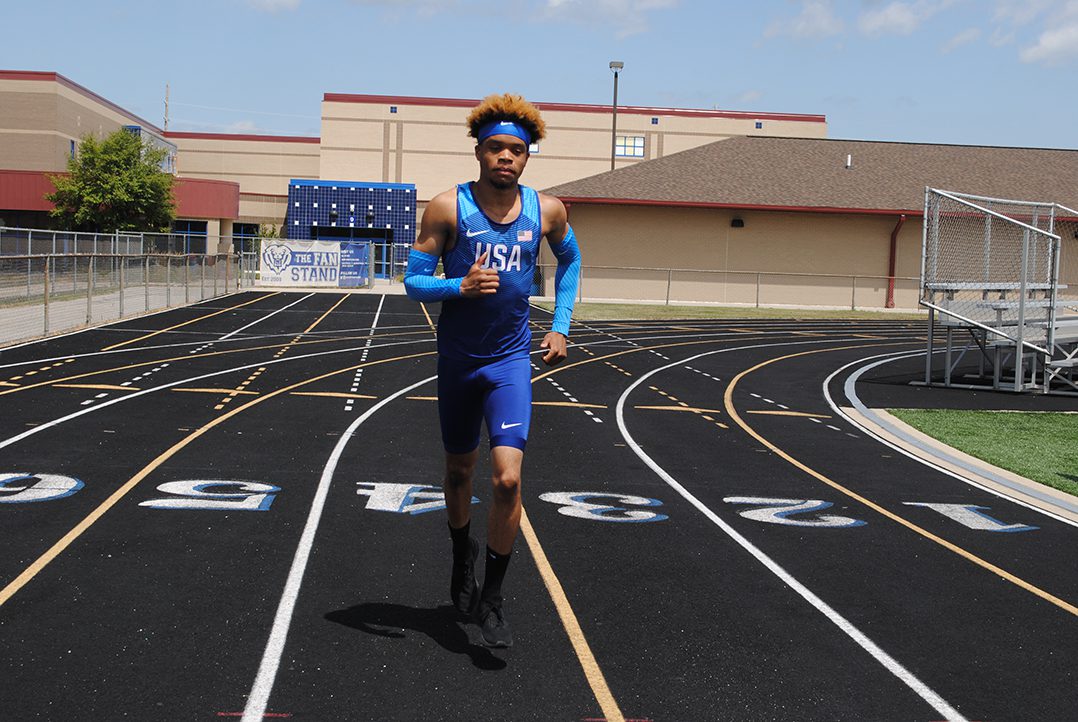 Personal: His parents, LaTasha Sturdivant and Kyle Malone, competed in track in high school. Kyle was a sprinter at the University of Indianapolis (then Indiana Central). Has one sister, Zion Malone, 11, who likes to run and swim.

What do you do to relax: “I love listening to music, watching Netflix and hanging out with friends. I always listen to music before a race.”