Former firefighter Jeff Owens and his black Labrador retriever, Kasey, give hundreds of presentations on fire safety to children each year. The duo travels across the U.S. to share information and has appeared on several national news programs.

But now, Owens and Kasey also represent the Carmel Fire Dept. Owens has begun wearing a CFD uniform during presentations and receives $1,200 per year from the department to cover veterinary bills. Previously, he represented the Indianapolis Fire Dept. and most recently the Wayne Township Fire Dept.

“At the beginning of this year they had a change of administration and that was no longer a good fit for our program,” said Owens, a Fairland resident.

CFD Chief David Haboush said he “instantly hit it off” with Owens and that the Kasey Program is a perfect fit with CFD’s philosophy.

“The partnership between the Carmel Fire Dept. and the Kasey Program is an opportunity to enhance our existing community safety programs as well as promote a larger platform for CFD to spread the news about fire and life safety,” Haboush said. “The dogs add an element that CFD has never experienced before.”

‘The right thing to do’

Owens founded and developed the Kasey Program during his 35 years of service as a firefighter and paramedic. By virtue of his occupation, Owens was often asked to speak in his son’s elementary school classes. In an attempt to engage the children in conversation about fire safety, Owens included Kasey in the presentation.

“It dawned upon me that my dog could sit, lay and roll over, and if I put those three things together, that’s stop, drop and roll,” Owens said. “I took the dog with me and the kids were extremely focused, not on me because of what I was doing, but on the dog because of what she was doing. That’s where the whole thing got started and it really just took off from there.”

Owens continued to operate the Kasey Program in his free time while maintaining his career until Koorsen Fire & Security hired him to teach fire extinguisher protocol in factories. Randy Koorsen, CEO of Koorsen and a Carmel resident, soon learned of the program and encouraged Owens to focus on it full-time and offered to sponsor it.

“They didn’t even know that I had the program, but when I talked to Mr. Koorsen about the program, he took all my responsibilities away from me and told me to just go teach with the dog,” Owens said. “I said, ‘Mr. Koorsen, you’re a businessman. Why would you do that?’ And he said, ‘Well, I learned a long time ago that sometimes you need to do things because it is just the right thing to do. If what you’re teaching saves one life, it’s worth far more money than I could ever put into it.’”

During the past 25 years, Koorsen and Owens have grown the Kasey Program into a children’s fire safety initiative that teaches more than 400,000 people in more than 400 nationwide appearances each year.

“The Kasey Program is an innovative way to teach children about fire and life safety and is the only full-time, nationally touring fire prevention program in the country,” Owens said. “Kasey does stop, drop and roll, checks the door to see if it’s hot before opening, knows two ways out of a room, crawls under smoke and other skills necessary for people to know to safely escape a fire.”

Haboush said it’s hard not to smile and feel uplifted while watching Kasey.

“The dogs are a game changer. Kids (and adults, too) have an attention span that only lasts so long,” he said. “The dogs add an additional component that holds everyone attention and provides a lasting impression for their audience.”

Owens said he never charges to present the program.

“If we’re teaching fire safety, it just doesn’t make sense that a school’s financial ability would come into play at all,” he said. “That just doesn’t feel right.”

Owens also said the partnership with Carmel made sense for the program.

“To date, the Kasey Program has been featured on Dateline, NBC Nightly News, Fox News in New York, National Geographic, USA Today and local and regional print media across the country,” Owens said. “The Carmel Fire Dept. and the Carmel community as a whole put themselves out front and lead other communities and other fire departments across the country, much like the Kasey Program sets itself apart in its innovative way of teaching fire safety.” 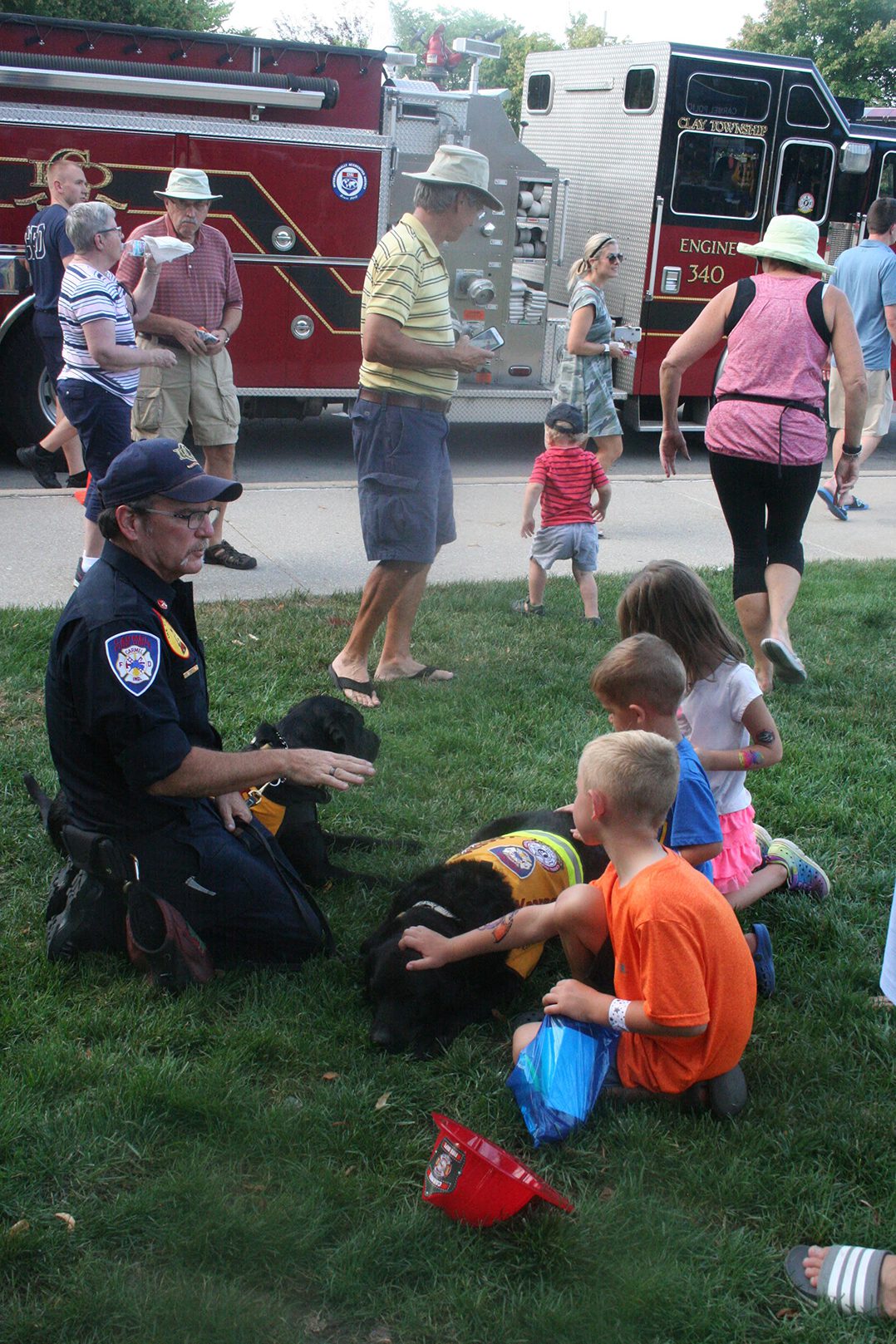