You are at:Home»Current in Carmel»Carmel Community»Indiana Sports Corp. to present Carmel philanthropist with Pathfinder award

Cindy Simon Skjodt has spent most of her life investing time, energy and money into local and national philanthropic causes.

On Sept. 6, the Carmel resident will be recognized for her lifetime dedication to public service, particularly for youth, when she is presented the 2019 Indiana Pathfinder Award during a luncheon at The Crane Bay Event Center in downtown Indianapolis. 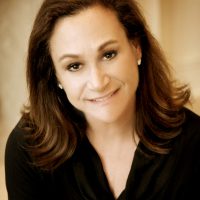 Presented annually by the Indiana Sports Corp., the award “honors individuals who have demonstrated a commitment to improving the lives of America’s youth.”

A 1976 Carmel High School graduate, Simon Skjodt has served on 38 local boards of directors, 27 action committees and eight advisory councils. She was recognized as a Sagamore of the Wabash, Indiana’s highest honor, in 2004, 2013 and 2014 and was appointed to the U.S. Holocaust Memorial Museum Council in Washington, D.C. by President Barak Obama.

Moreover, Simon Skjodt — a 1980 graduate of Indiana University — is the chief funder and namesake of IU’s Simon Skjodt Assembly Hall.

“Cindy is the epitome of everything that we look for in a Pathfinder Award recipient,” said Brett Kramer, public relations manager for Indiana Sports Corp. “Cindy is a long-term supporter of Indiana Sports Corp. and its mission to positively impact youth in our community and has gone above and beyond making a difference with her philanthropic contributions.”

Simon Skjodt will receive her award alongside four-time NASCAR Cup Series champion Jeff Gordon, winner of the 2019 National Pathfinder Award. A former Pittsboro resident who supports a wealth of charitable youth causes, he is a five-time Brickyard 400 champion and NASCAR Hall of Fame inductee.

This year marks the 32nd consecutive year Indiana Sports Corp., a nonprofit whose mission is to attract major sporting events to Indiana, has presented the Pathfinder Awards.

“The Pathfinder Award honors individuals who have demonstrated a commitment to improving the lives of America’s youth, and Cindy continually dedicates her time, attention, leadership and financial resources to this cause,” Kramer said. “Cindy is a staple in the Indianapolis community and beyond due to her unparalleled track record of success as a leader and fierce determination to make a difference.”

For sponsorship information or to reserve a table for the 2019 Pathfinder Awards Luncheon, contact Mike Karnuta at mkarnuta@indianasportscorp.org or call 317-237-5004.