More than three years of work has paid off for residents in Noblesville’s Southwest Quad neighborhood.

The neighborhood is now on the National Register of Historical Places as the Plum Prairie Residential Historic District.

Molly Hiatt, along with Bill and Debbie Jamieson and Elizabeth Boase and many other residents of the district, began brainstorming in 2016 to find a way to recognize the area as historically significant.

“It was early 2016 when we got started,” said Hiatt, who lives on Pleasant Street. “Tracy Heaton, who was at the time working for (Hamilton Area Neighborhood Development), put us in touch with Indiana Landmarks, who did an evaluation to see if the neighborhood was a candidate for the historic district (designation). They determined that it was.”

“This really is Noblesville’s oldest neighborhood,” Hamilton County historian David Heighway said. “Eighth Street (then named Polk Street) was the main street into town. It wasn’t 10th Street then. It’s where all the city ‘big whigs’ built their homes, people like William Conner, then Leonard Wild in later years, various sheriffs, people like that.”

The National Register of Historic Places falls under the umbrella of the National Parks Service, but those applying for the designation must first meet the approval of the Indiana Dept. of Natural Resources’ Division of Historic Preservation and Archaeology. 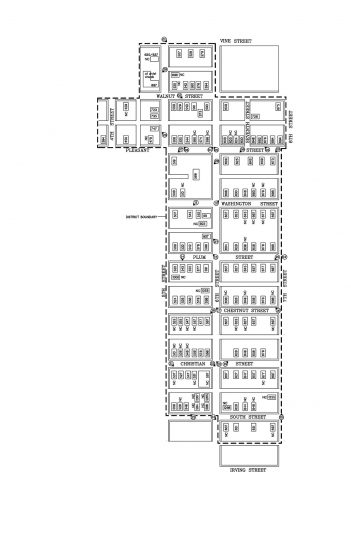 The Plum Prairie Residential Historic District is bordered by Vine and Walnut Streets to the north, Seventh Street to the east and Fifth Street to the west, which also includes a block west to Fourth Street between Walnut and Pleasant Streets, and South Street at the south, including a half-block further south toward Irving Street beween Sixth and Seventh streets. (Submitted map)

“(Indiana Landmarks) then talked with the Dept. of Natural Resources,” said Debbie Jamieson, who also lives on Pleasant Street with her husband, Bill. “(The DNR) told them that, yes, they thought this area met the criteria.”

“We have so many neat houses in this neighborhood, and the Southwest Quad isn’t always celebrated,” said Elizabeth Boase, who lives on Washington Street. “We wanted to celebrate this neighborhood as much as possible. We’re all residents here, and we’re just neighbors who put this together.”

It was Boase who first proposed the idea of the homes being recognized in a historic district.

“The people at DNR agreed,” Debbie said. “Not so much because we have a lot of big, old homes like you often see in a historic district, but we have the history. This is an area that has a significant amount of African American history, and there aren’t many areas in Indiana that have that, so that was part of what made this perfect for a historic district.”

The City of Noblesville was established in 1823, but the Plum Prairie District wasn’t established until around 1900.

“In 1866, the Conner family sold the land after (William) Conner died in 1855 to Leonard Wild,” Heighway said. “After that, nothing happened for a good 20 years, but eventually they discovered natural gas, so we ended up with the Strawboard Plant and all of the various shops, so that’s really the time period in which all of this really takes off. It was a lively section of town.”

“About 1900, there were several factories that were down by the (White) River,” Bill Jamieson said. “So, the homes were built as workers’ homes. Because of that, they’re smaller homes, with a few exceptions.”

Boase refers to her home as a ‘cube’ house, the type workers lived in.

“It’s a basically a square with a roof that angles up at a 45-degree angle with a flat top, and you’ll see that pattern all over this area,” she said. “For workers, they were small and cheap to put up.”

One of the first big houses in the district was built decades before the area fully developed. In the 1870s, Leonard Wild built his summer home there. Eventually, the land was sold in pieces. Today, 105 houses in the district are considered to be “contributing” historically, depending on the age of the home or if it has been modified too much.

The Plum Prairie name is not exactly well known, but is historically accurate to the neighborhood.

“Normally, this is just referred to as the Southwest Quad, but unfortunately it has some derogatory names as well,” Debbie said. “So, we wanted a good, positive name for the district that’s historically accurate. David Heighway had mentioned that at one time, this area was called Plum Prairie because of all the plum trees that were here. There’s a newspaper article that specifically refers to this area as Plum Prairie. With that documentation, we were given the OK to use that name for the district.”

The Plum Prairie Residential Historic District was recognized Aug. 13 at the Indiana State Fair by the Indiana Dept. of Natural Resources during a special ceremony welcoming new additions to the National Register of Historic Places. 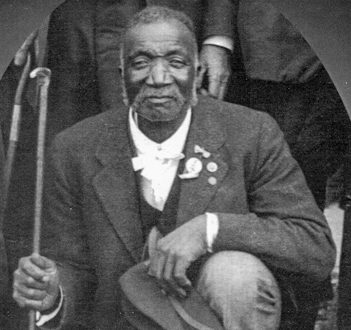 Barney Stone was a slave before he moved to Noblesville. Born in Kentucky in 1847, he was enslaved for 16 years. In 1863, he ran away from his owner and joined the Union Army during the Civil War. He lived in Kentucky for many years, but in the 1890s moved to Noblesville due to growing hostility toward blacks in the Bluegrass State.

In Noblesville, Stone lived at the northwest corner of Fourth and Pleasant streets. He became a circuit court bailiff, chaplain of the local branch of the GAR — a Civil War veterans group — and minster at the First Baptist Church, which today is the Hamilton County Artists’ Association’s Birdie Gallery at 195 S. Fifth St.