You are at:Home»Current in Carmel»Carmel Community»Former Hamilton County deputy arrested for child exploitation 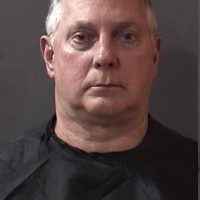 According to a probable cause affidavit, social media site Pinterest contacted the National Center for Missing and Exploited Children to report Wyler had uploaded two images of unclothed boys to the site on March 22.

A Carmel Police Dept. detective spoke with Wyler about the photos on July 18. During the discussion, Wyler admitted that he had multiple boards on Pinterest that contained child pornography and that he searches for pictures of nude children online, the affidavit states.

Wyler’s attorney did not respond to a request for comment.